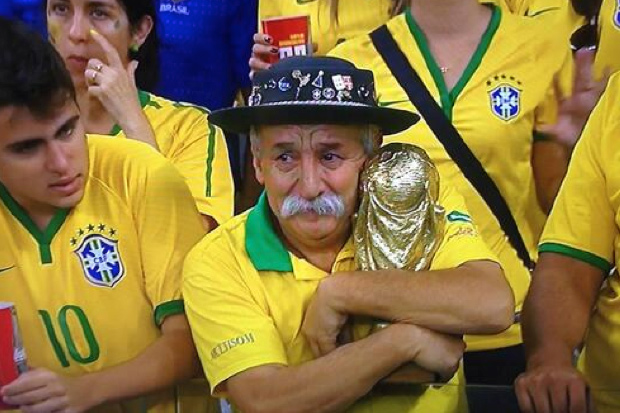 How to Get Over the World Cup Blues

This past week has been quite the come down following the best World Cup tournament of all time. The thrill of that James Rodriguez stunner, Luis Suarez moment of madness, and last gasp extra time winners have been consigned to the YouTube archives – and we’ve still about a month left until the domestic calendar kicks off.

Usually that’s not an issue, the post-tournament transfer window throws up a few surprises to keep us on the edge of our seat, but Barcelona and Real Madrid simply throwing money at the market in an attempt to attract the world’s elite has become rather dull.

So how do you keep yourself occupied until the likes of Manchester United welcome Swansea, or Bayern Munich take on Wolfsburg on the opening day of the German and English top flights respectively?

Well, actually there are a number of ways…

As we know, it’s already been an incredible summer of sport. Germany conquered in Brazil in staggering fashion, but it will be the turn of another nation when the Commonwealth Games begin in just a few days’ time. The likes of Usain Bolt, Sir Bradley Wiggins and Nicola Adams will all be vying for Gold in Glasgow, whilst the MLB and Test Cricket is hotting up on either side of the Atlantic Ocean.

But if you’re not ready to let go of the World Cup yet, you can always recreate it. EA’s World Cup game means you can relive the tournament right through qualifying rounds, and perhaps you’ll even get further than England managed.

Player thrills can also be had elsewhere. Online gaming is in its golden age and there are a plethora of fantasy leagues and football management sites to explore before the Premier League 2014/15 contenders kick-off in August.

If you’re on the move and miss checking your live football scores app then there are 250,000 games in the Apple App Store alone that you can download to keep your mind occupied as well.

I know it sounds boring, it’s hot and nobody really does it for fun. But as your professional football stars hit the gym and the training pitches in an attempt to build up pre-season fitness, why not start getting in shape too? You can follow our beginner’s guide to Long Distance running if you fancy hitting the road and taking in the sites of England’s green and pleasant land. You might want to lose the excess timber now because there will be pies and pints a plenty when the football returns!

Not only do you have a month to kill, but it’s likely you could be heading out on vacation too. So sitting back and enjoying the glorious sunshine with a book will no doubt be at the top of your agenda. And there are some fantastic books on the beautiful game.

The Damned United by David Peace caused plenty of controversy with some of Leeds United’s former players, with Johnny Giles successfully suing over the novel depicting Brian Clough’s ill-fated 44 days in charge at Elland Road.

Fever Pitch is another read perfect for the sun-lounger, telling the story of Nick Hornby’s relationship with Arsenal Football club.

Simply Cast Yourself Back To All The Amazing World Cup Memes

But of course, you could just spend your time enjoying these…