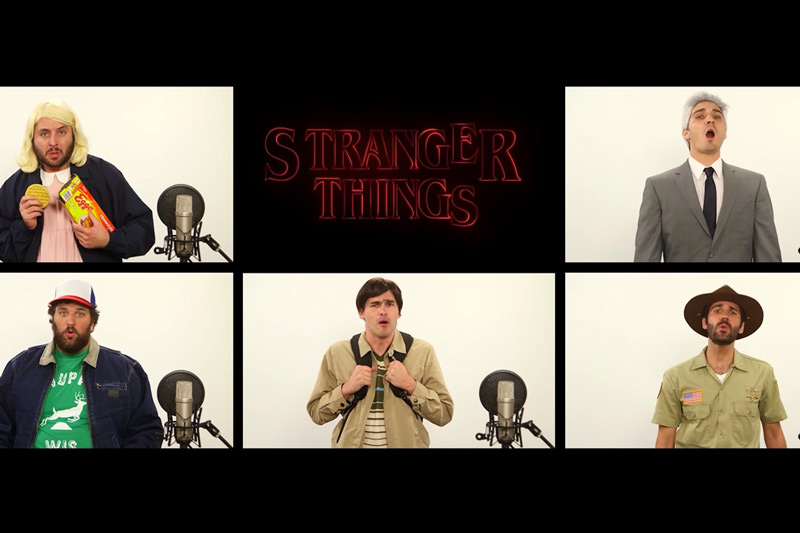 Chances are, by now, you have been introduced to Stranger Things and Eleven’s love for Eggo Waffles. It’s by far one of the best Netflix Original Series to binge watch, right up there next to Peaky Blinders and House of Cards.

A fan favorite of the show is its music, more specifically the Stranger Things intro. YouTube channel, The Warp Zone took the synth-laden track and recreated it as an a cappella. Watch their version below:

Still haven’t binge watched Stranger Things, or just happen to love the intro as much as me? Watch the intro / opening credits below.