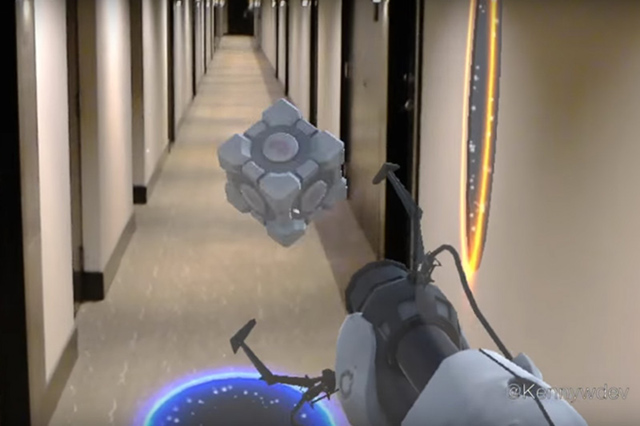 You Can Now Play Portal in Augmented Reality

Ten years after the launch date of the original game, Portal has gone the way of Pokémon and joined the world of augmented reality. Just the same as in earlier versions, you are given control of your very own Portal Gun. The difference this time is that the portals you’re making appear to be on the walls and surfaces that actually surround you. While you are limited to only being able to teleport a Companion Cube (sorry, you won’t be able to step through yourself just yet), watching it react to the objects that really do occupy your space is still extremely cool.

The only downside to this adaptation of the beloved Portal is that, as of right now, it’s only playable via the not-so-cheap Microsoft HoloLens, which retails for $3,000. That said, for now we’ll just have to be happy living vicariously via this video.

Portal for HoloLens was created by developer Kenny W. To see more of his AR work, you can check out his channel on YouTube.