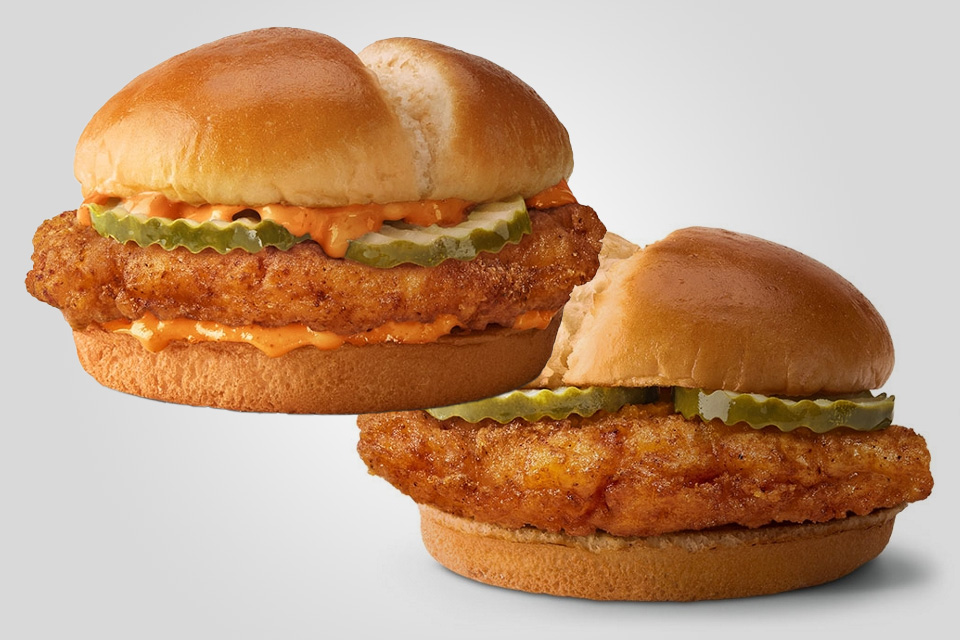 This southern-style fried chicken sandwich is crispy, juicy, and tender perfection. It’s topped with crinkle-cut pickles and served on a new toasted, buttered potato roll. The Crispy Chicken sandwich has 470 calories. – via McDonalds.com.

With our new spicy pepper sauce topping the new southern-style fried chicken on a new toasted potato roll, this sandwich was made for those who like it crispy, juicy, tender, and hot. The Spicy Crispy Chicken sandwich has 530 calories. – via McDonalds.com.

You can also order the deluxe version of the sandwich, which has the addition of tomato, lettuce, and mayonnaise, but gets rid of the pickles. When reviewing their new crispy chicken sandwiches I thought it would be a disservice to the ‘Chicken Wars’ if I tried the deluxe because of the lack of pickles. I know you can add them to the sandwich, but I didn’t want to change the original menu items. And the competition from Chick-Fil-A and Popeyes comes with pickles so I wanted to have them dressed up almost identically for a true, honest review.

For those interested in trying these new items from McDonald’s, I would consider ordering from DoorDash. From March 1 through March 7, if you use code ‘CRISPY‘ at checkout with orders of $15+ you will receive a free Crispy Chicken Sandwich. Definitely, a clever way to get more people to try their new creations. Unfortunately for me, I had to order through Uber Eats since my DoorDash said my local McDonald’s was closed. It was still worth the extra money not getting the freebie, so I’m not upset :)

Watch my video review of McDonald’s NEW Crispy Chicken Sandwiches on my YouTube channel. Don’t forget to subscribe for more unboxings and reviews!