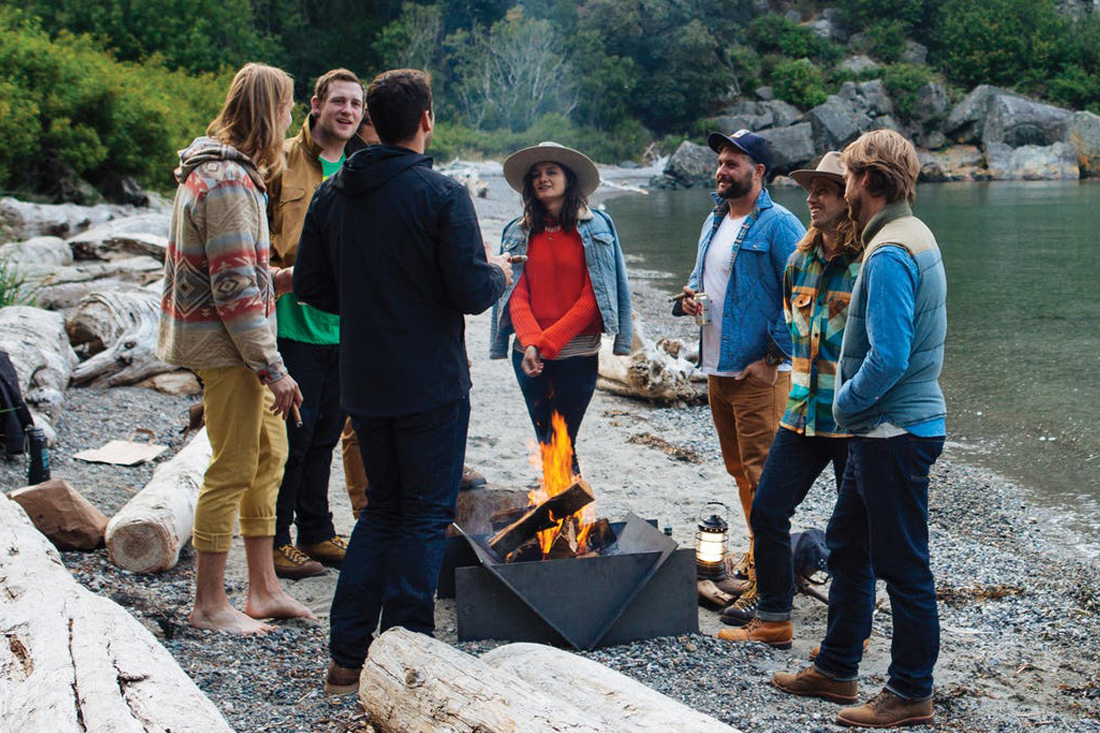 13 Things That Help Me Welcome Fall

Okay, I may not get as excited as my wife about the fact that fall is finally here, but I’d be a liar if I said that nothing about my life changes after the weather starts to cool. My clothes change (obviously), the way I spend time outside changes, and in some cases, even the beverages I drink change. So, I thought I’d put together a fall roundup of some of the things I look forward to using around this time of year.*

*I do want to note that I will be excluding all camping gear, as this would require a post to itself.

Cliché, yes. But so is the fact that I’m putting together this list (AY OH!). Anyway. I really like this one because it’s perfect for just about anyone in any scenario. Also, it looks cool as hell. So, technically you can use this clever contraption any time of year. However, i can’t really think of a time when I have marshmallows around that isn’t bonfire season or the holidays. That said, this is officially a Fall toy in my eyes. I know these have been out for a while, but I’ve been walking a lot more lately so they’re a bit more relevant to me this year. I have to say, I’m looking forward to getting to listen to my podcasts outside and not having to choose between freezing ears and a pair of earbuds that have dug their way so far in they might have damaged my hearing. I’ve included this handy thing in a roundup before, but thanks to football season being back, my obsession has been renewed. I’m sure I’ve mentioned it, but my wife and I only have Netflix and Amazon Prime subscriptions for our television. So, when the Patriots are playing, it means I will be traveling to a bar or someone else’s home. This growler seriously comes in handy for the latter scenarios. Maybe it’s just me, but sleeping bags have always made me feel nostalgic. There’s no question about why. It’s definitely from a combination of the camping trips I took with my family, and that I brought one to just about every sleepover I ever went on. This Puffy Blanket isn’t a sleeping bag, but it’s made just like one. So I can have my nostalgic vibes, but still feel like a put-together adult.

Honestly, I’ve never been the biggest fan of baths, with the exception of one with Epsom salt the day after a hard workout. Once my wife finally convinced me to try it, it was hard to argue with how much faster you really do recuperate. Still, I’m not the biggest fan of smelling like flowers, so I’ve been pretty happy with the scentless option. Recently though, I came across this when searching for fire accessories, and the scent seems promising. I’ve never been against feeling relaxed, so we’ll see. Every couple of years, around this time, I usually get a new pair of hiking boots. As I don’t get to hike as often as I’d like, I try to get a pair that can be used for everyday wear as well. This way I can always have a reliable pair of boots around when I need them, but I don’t have to feel bad about buying something nice just sits in my closet for most of the year. I like coats. I like this coat. I look good in coats. And fall begins coat season. That’s really all I have to say about that. Just like with the hiking boots, it’s nice to get a new bag every so often that can double for both every day and more challenging scenarios. This bag is made of heavy waxed canvas, oiled leather, and brass and copper hardware, so I feel pretty confident that it fits the bill. I’m not sure how I found these, or where they’ve been all of my life, but I’m pretty excited—not because I’m a big tea drinker, but because I’m a big fan of hot toddies when it gets cold out. Though, either way I think these would add an interesting kick to a warm drink, or food for that matter. Yes. I do like hot toddies enough to put two items that help me create them on the list (I actually removed another one a minute ago…there were three).

Also, this kettle is dope. Normally, I’m not the biggest fan of having things tight around my neck. It always seems to give me a wonderful feeling of claustrophobia and/or being strangled. However, as cashmere makes it feel like a cloud of kittens is doing the strangling, I’ll take it!