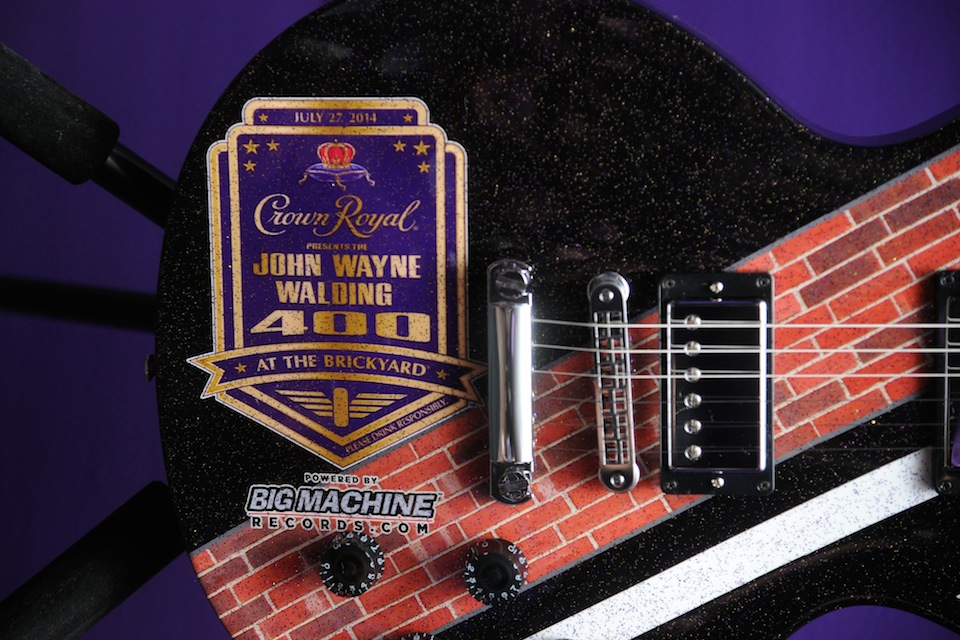 Each year Crown Royal awards an American Hero by incorporating their name into the official race title of the Brickyard 400. This is all part of their annual program, “Your Hero’s Name Here”. This year US Army Sergeant First Class Retired John Wayne Walding was announced during the live broadcast of the CMT Music Awards. As the winner, Walding’s name will be used in the official race title, the Crown Royal Presents the John Wayne Walding 400 at the Brickyard Powered by BigMachineRecords.com.

As the program winner, Walding will experience the Brickyard VIP experience including garage tours, pace car rides, and concerts by Big Machine Label Group artists. Best-of-all, he will hand deliver the trophy bearing his name to the race winner in Victory Lane.

About This Year’s Hero

John Wayne Walding is a highly decorated Army veteran who served for 12 years. While overseas in 2008, Walding was involved in a fire fight where he lost part of his right leg. Not dwelling on his injury he went on to be the first amputee to graduate the Special Forces Sniper School, completed the Army 10 miler on foot, and completed the 2009 Boston Marathon using a hand cycle, all within the year of the accident.

Walding was nominated for the “Your Hero’s Name Here” program by his brother and lives in Little Elm with his wife Amy and their four children. He is the founder of Five Toes Custom, a company that focuses on employing wounded veterans in an effort to provide support and guidance within their lives. “The fact that Crown Royal cares enough to say ‘thank you’ for what I’ve done is a true validation for my sacrifice,” said Walding following the unveil event. “The magnitude of those two words goes above and beyond.” Walding was joined in Nashville by the other four program finalists, Tara Hulett; James Bailey; Bryce Boyer; and Tyler Whisenhunt. Though Walding may have been crowned the winner, the other four were selected from thousands of nominations submitted to CrownRoyalHeroes.com.