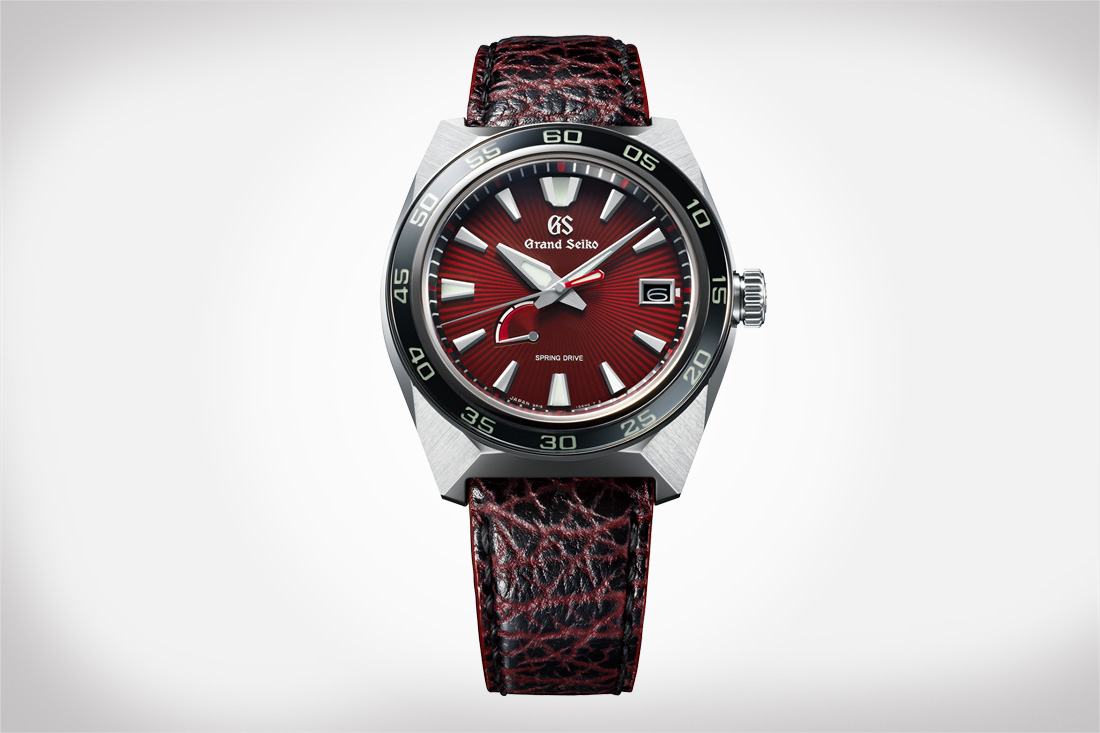 Grand Seiko is celebrating the 20th anniversary of the Spring Drive two-ways, with a new design featuring sharp corners and a bold case, as well as celebrating the 65th anniversary of Japan’s most iconic monster, Godzilla. This striking commemorative edition watch is a brand new creation in the sport collection, featuring Godzilla’s signature roar and the “heat ray beam” that it shoots from his mouth showcased on the rays of the red dial.

The designers of the Godzilla 65th anniversary watch (SBGA405) had legibility in mind, with Lumibrite implemented throughout on the hands, hour markers and bezel, and a high-definition dual-curved sapphire crystal with anti-reflective coating, making it the ideal watch for any sporting occasion. The lug of the case has a flat surface without distortion by Zaratsu polishing and hairline finish. Its case design was meant to convey the power and force of Godzilla, and I think it does just that. Shark straps were chosen with red coasting to give off the look and glow of Godzilla’s skin.

Finally, and what might be my favorite feature of the watch, is the see-through back case which shows off a stamped scene from where Godzilla destroyed the clock tower at the main intersection of the Ginza district. 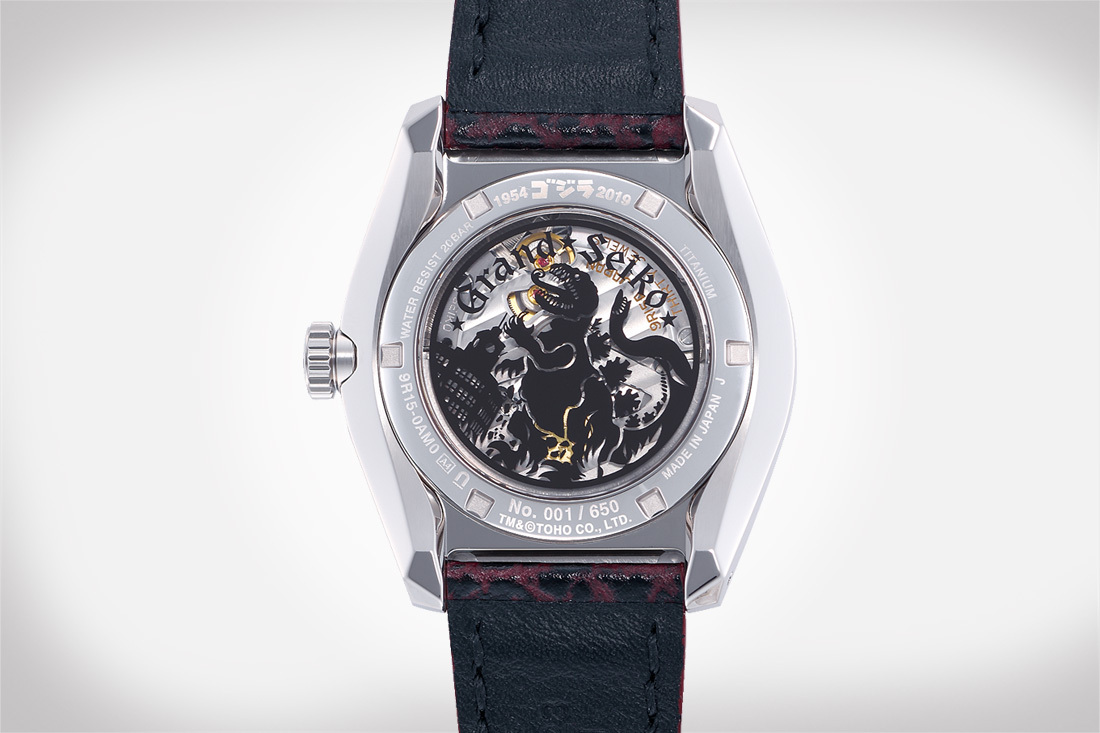 The Grand Seiko Godzilla 65th anniversary limited model is limited to just 650 models and will be available this month at select Grand Seiko, Seiko boutiques and their retail partners across the world.