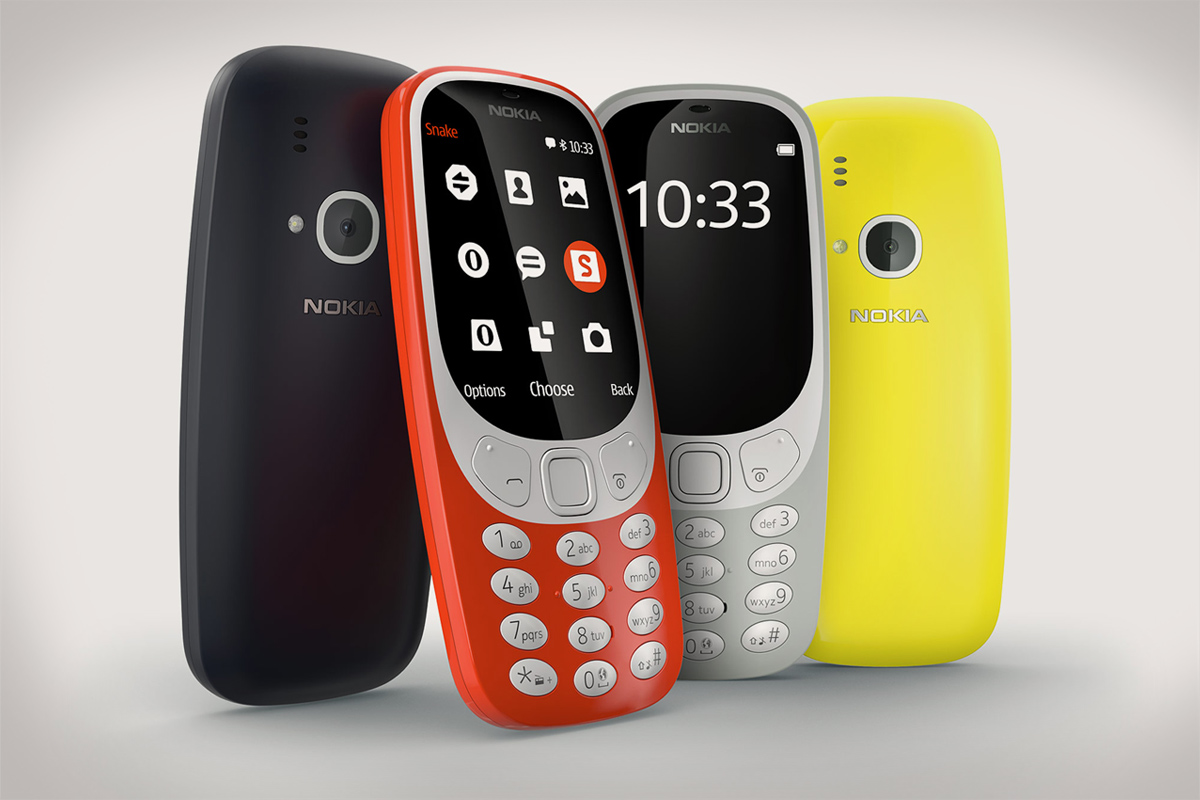 Ladies and Gentlemen, the Nokia 3310 is back!

As amazing as cellphones have become over the last decade or so, I have to admit that sometimes I really miss the ease of the first few ones I had. Literally everything about them was simple: the design, the functions, the games, the monthly plan, even texting (that is, assuming you weren’t an animal and used T9). Don’t get me wrong, I love my phone, but sometimes I just want to call someone without accidentally spending twenty minutes on Facebook first. You know? Well, it appears that the masters over at Nokia have heard our thoughts because they’ve released not just a cellphone that resembles the one we first fell in love with, but THE cellphone that we first fell in love with: the Nokia 3310. It’s been 17 years since the release of the original 3310. That could make me feel old, but I think I’ll go with nostalgic instead. Much like its predecessor, the 2017 model looks to be a great little “dumbphone”. It boasts the same silhouette as the 2000, but with a sleeker profile and 2.4” curved polarized screen (so you can actually see it in the sun now). The battery’s also nothing to scoff at with a ridiculous 22 hours of talk time and 31 days of standby time. 31 days! I don’t know why would need that long, but why the hell not?

In regards to entertainment, despite not having access to social media platforms like Facebook and Twitter, you’re not left high and dry. After all, what would the iconic Nokia 3310 be without the equally iconic Snake? “Pointless” might be going a bit far, but does it? JK, but I am glad they chose to include it. As for texting, yes, the phone most will most definitely have T9. I personally think it would be a fun challenge to see how fast it takes you to get good at typing out messages without looking again. You may not need the talent for texting in class anymore, but that doesn’t make it any less impressive, right?

The new Nokia 3310 comes in red or yellow with a gloss finish, or dark blue or grey with a matte finish. It is available for purchase for an amazingly low ~$52.