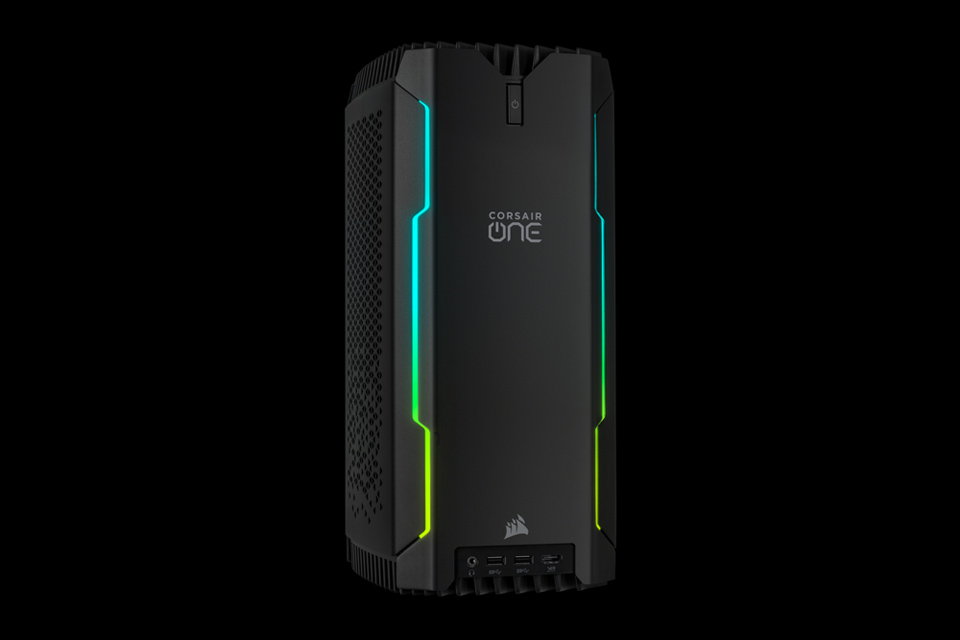 Introducing the New CORSAIR ONE a100 Gaming PC

Today, CORSAIR has launched its new CORSAIR ONE a100 Compact Gaming PC, the first system in their award-winning line-up of small-form-factor desktop PCs to feature the AMD Ryzen 3000 Series Processor. Couple this powerful processor with GeForce RTX graphics from NVIDIA and other premium components from CORSAIR. The a100 delivers extraordinary gaming, productivity, and content creation, all while in a small package.

The new CORSAIR ONE a100 is available in three configurations, each equipped with a Ryzen 3000 Series processor, ranging from the 12-core, 24-thread AMD Ryzen™ 9 3900X to the 16-core, 32-thread AMD Ryzen™ 9 3950X CPU, utilizing Zen 2 architecture to boost performance and efficiency while gaming and running multiple demanding applications. Incredibly lifelike graphics are made possible by the amazing performance and real-time ray-tracing technology of an NVIDIA® GeForce RTX™ graphics card, up to a GeForce RTX 2080 Ti. Each CORSAIR ONE a100 is completed with a host of celebrated CORSAIR components, including 32GB of VENGEANCE LPX 3,200MHz DDR4 memory-optimized for AMD Ryzen 3000 and a Force MP600 NVMe M.2 SSD taking full advantage of PCIe 4.0 bandwidth. Like all CORSAIR ONE systems, the a100 is able to pack all of this immense power into a chassis that’s less than ¼ the volume of a conventional desktop PC, while still keeping temperatures in check, thanks to a patented convection-assisted liquid cooling system.

“Since the recent launch of the AMD Ryzen 3000 Series, customers have been asking when we’ll release a CORSAIR ONE with them. Now with the a100, we deliver the full power of 3rd Gen Ryzen and PCIe 4.0 in the unique form-factor of the CORSAIR ONE.”

– Dennis Jackson, Director of Marketing for Gaming Systems at CORSAIR 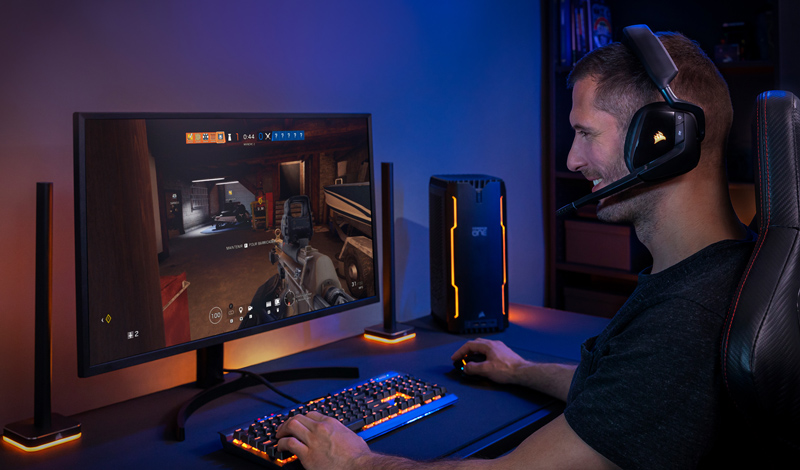 “AMD is delighted to be working with CORSAIR to bring the power of Ryzen™ into such a versatile form factor. Harnessing the power of AMD Ryzen™ 3000 desktop processors, The CORSAIR ONE a100 brings industry-leading performance and technology into the hands of gamers worldwide.”

In addition to the a100, today also sees the launch of the CORSAIR ONE i200, a powerful new Intel-based configuration of the system powered by a 10th generation Intel Core processor. Equipped with the new i9-10900K CPU, the i200 boasts 10 CPU cores and clock-speeds up to 5.3GHz, for blistering-fast single and multi-threaded performance. Paired with an NVIDIA® GeForce RTX™ 2080 Ti, the i200 is able to power today’s most demanding games at maximum settings and UHD resolution with ease, and is the first CORSAIR ONE system to feature a high-bandwidth Thunderbolt 3™ port. With more configuration options for CORSAIR’s flagship PC than ever before, there’s never been a better time to check out the tremendously powerful and unbelievably compact CORSAIR ONE.