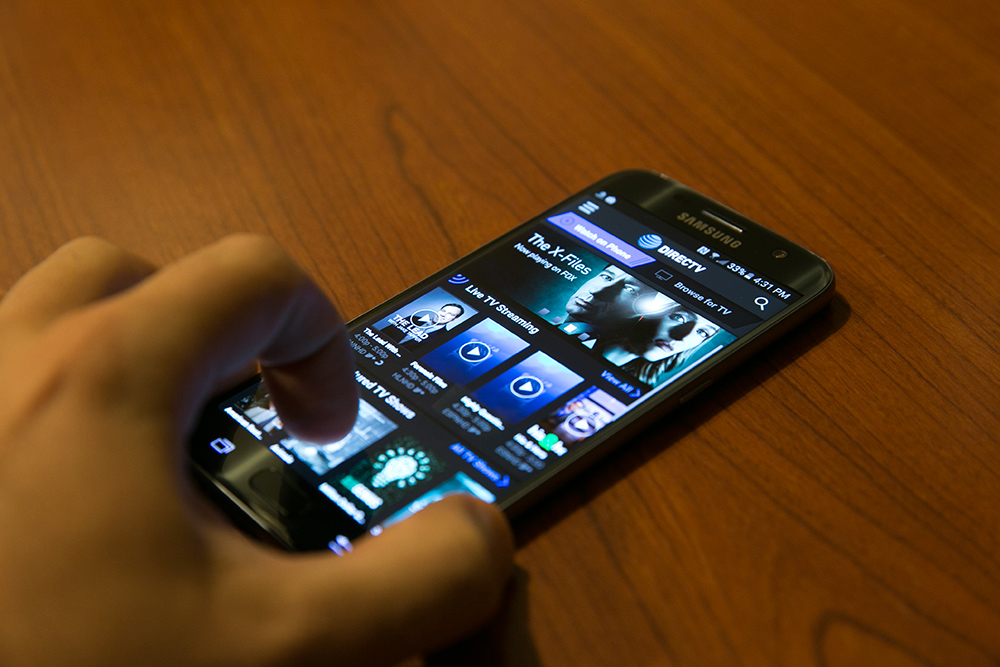 March Madness, and How NOT to Get Caught Streaming

We’ve all been there. Trying to watch March Madness at the most inappropriate times. I’ve lost count how many instances where my girlfriend has caught me streaming the game when I wasn’t suppose to be. You know, the times when you’re “helping” cook or clean, or the times you’re suppose to be visiting with her family. Luckily for us March Madness lovers, AT&T, DIRECTV, and Samsung are here to help us with our streaming woes. Sometimes the bathroom is the only place you can stream in peace.

What’s the number one issue that gets in the way of you streaming? For me, and I feel it’s the same for everyone, it’s the lack of Wi-Fi. I’ve had my fair share shameful moments in the bathroom, with my laptop, trying to tap into the strongest network possible. It’s never pretty.

Now, the Samsung Galaxy S7 and AT&T make it easy to catch every minute of the action using DIRECTV, which is now conveniently integrated right into the phone with a widget, app, voice command and quick remote. Just load up DIRECTV and begin streaming.

Here’s a tip so you don’t get caught streaming. Always have your headphones plugged in. That way when the stream launches, the sound of sneakers on the floor or basketball noises don’t give away you’re watching the game. Trust me, it’s more of a buzzkill when you get caught because of your own mistakes. Also, if you’re in bed and it’s dark, make sure you dim the gorgeous 5.1″ Quad Super AMOLED screen. It’s bright, crisp and powerful, so don’t let it wake your partner up.

Outside of Streaming, What Else is To Love About the S7?

I’m a huge Instagram nut, so naturally I need a smartphone with a solid camera with low-light capabilities. The Samsung Galaxy S7 and S7 Edge have all of that. It’s Samsung’s first dual-pixel smartphone camera. It features a 12 MP rear-facing camera that has faster auto focus and a brand new low light sensor. For selfies, the front-facing camera features a 5 MP sensor. Did I mention it’s water resistant? The Samsung Galaxy S7 has an IP68 rating, which in layman’s terms means it repels liquids. That includes dunking it into the toilet bowl by accident. Gross I know, but trust me, I’ve been there.

Lastly, at least for what I care to mention, the Galaxy S7 has expandable memory. So if the stock 32GB isn’t enough for you, you can add an additional 200GB worth of storage using a microSD card. This may not matter for you if you are mostly streaming, but for the content heavy users like myself, this is huge.

Now through April 4, 2016, customers have the chance to win a Samsung Galaxy S7 through AT&T. To enter, visit entertowin.att.com. In addition to this awesome giveaway, AT&T is also offering cool incentives for buying the new S7. When you purchase a new Samsung Galaxy S7, customers can get one free and up to $650 in credits. Full details for this offer can be found here. Void in NF/FL

This post was sponsored by AT&T. All opinions are my own.