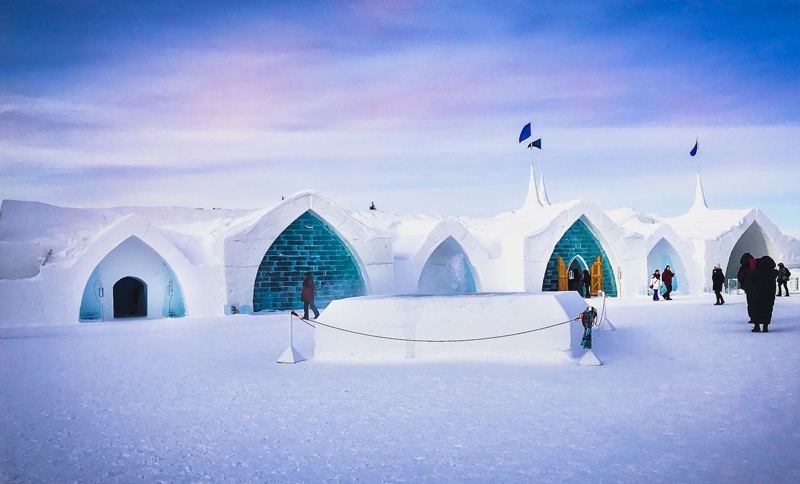 Have you ever wondered what it’s like to sleep in an ice hotel? You probably have a lot of questions. I know I did.

After surviving a night at Quebec’s famous ice hotel, Hôtel de Glace, I’ve decided to share the answers to the questions I had in hopes of clearing up any mystery behind it, because the entire experience is super cool and one you won’t want to miss. Cool pun intended!

What is the Hôtel de Glace ice hotel?

Founded by Jacques Desbois, Hôtel de Glace is the only ice hotel in America made entirely out of ice and snow. In case you didn’t already know, an ice hotel is a temporary, or seasonal, hotel made up of sculpted blocks of ice and snow. Ice hotels are typically rebuilt every year and are dependent on subfreezing temperatures.

Since ice hotels are rebuilt each year, architects in charge of construction are able to have fun with adding or subtracting new designs. For this new season, Hôtel de Glace is putting on a show under a giant circus tent made out of ice and snow. 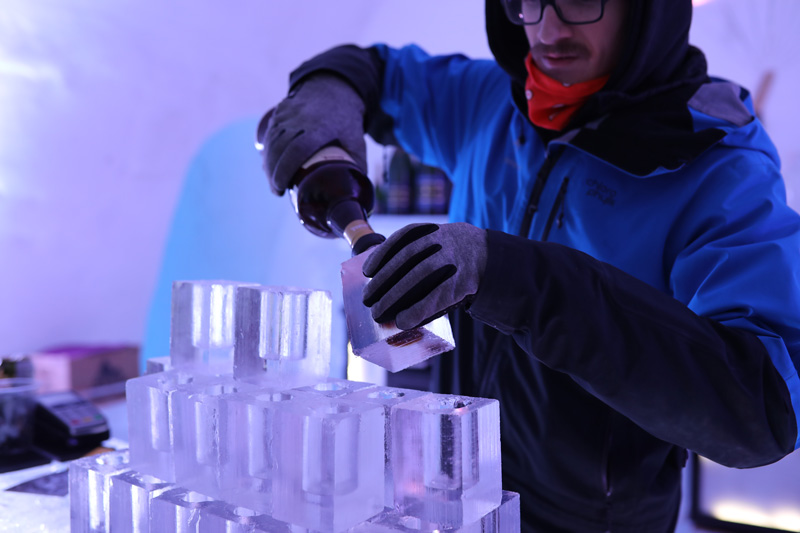 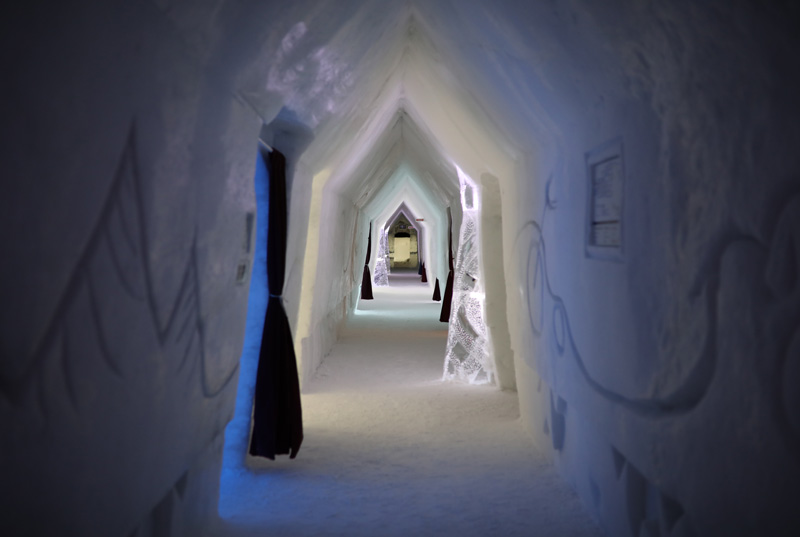 Hôtel de Glace is constructed out of 500 tons of ice and 35,000 tons of snow. Inside you will find 45 rooms and theme suites, with ceilings measuring up to 21 feet high, an ice chapel, a grand ice slide, and an ice bar.

How cold does it get in an ice hotel? 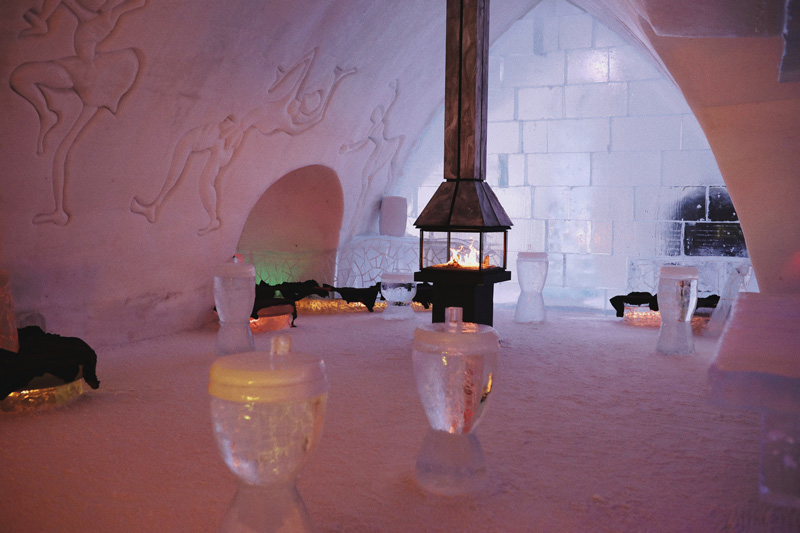 Don’t let the fire fool you. It’s just for show!

Yes, inside the ice hotel it’s really really cold, however not as cold as you might think. The entire hotel stays between 23°F and 27°F (-3°C and -5°C), despite it being far colder outside. Still, you’re probably thinking how does one sleep comfortably in a climate that cold, right? Surprisingly it can be rather comfy, with the proper attire on of course.

What do you wear in an ice hotel?

In and around the ice hotel you should be wearing various layers. I actually wrote a quick article about how to dress for winter in Quebec. I recommend spending less money on expensive jackets and invest more on proper fabrics. Wool socks and lots of them are a must!

What’s it’s like to sleep in an ice hotel? 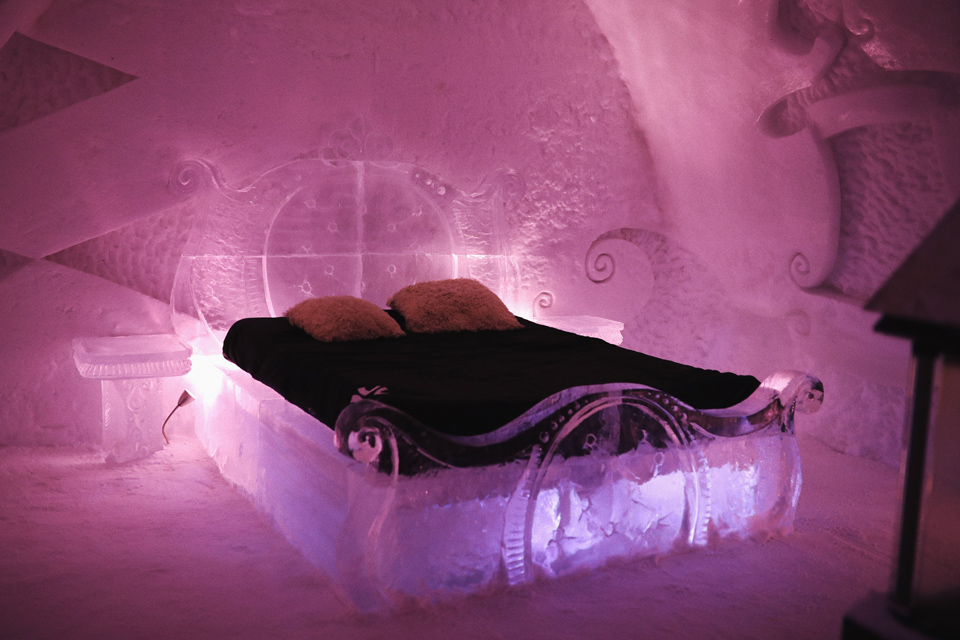 Sleeping in an ice hotel was one of the most peaceful nights of sleep I’ve ever had. The snow and ice absorbed practically all sound, so it was an acoustically dead room. You may actually find it creepy how quiet it can be. I could actually hear my heart beat.

So what do you sleep in at an ice hotel? Believe it or not, it’s a lot less than you think. Since moisture is your enemy, you don’t want to sweat in the middle of the night, so a “mummy” type sleeping bag and a layer of thermals will do the trick. These types of sleeping bags are made to sleep outside in a tent at the North Pole. Your own body heat is what keeps the bag toasty warm throughout the night. Hôtel de Glace provided the sleeping bag and anything else that was needed outside of the clothings I packed with me. I assume all ice hotels do the same.

What happens if I can’t make it through the night? 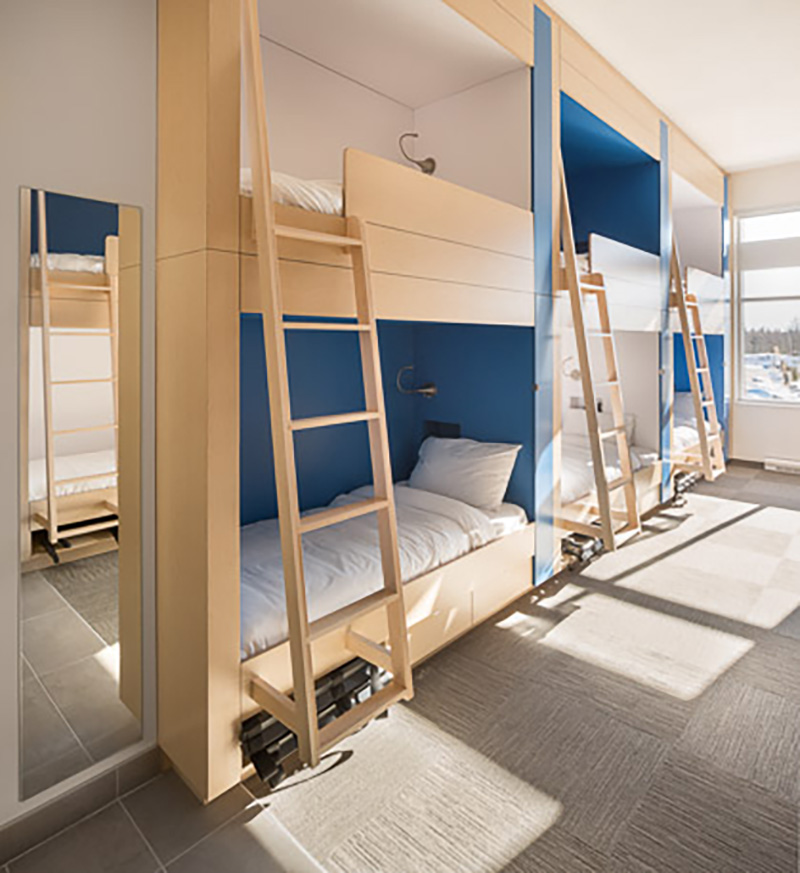 Don’t worry, you aren’t stranded inside the ice hotel. Hotel Valcartier has dorm style rooms setup for guests who can’t make it through the night.

Would I do it again?

Absolutely! I’d love to try one of the other famous ice hotels in the world, like the Kirkenes Snowhotel & Sorrisniva Igloo Hotel in Norway, Snow Village in Finland, or ICEHOTEL in Sweden. It’s one of those bucket list experiences you simply can’t pass up.