It’s no secret that I’m lucky enough to travel all the time for my job. But even with stamps from far away and fun places gracing the pages of my passport, it’s the trips home that are some of my favorites. After meeting Sarah, I gained the opportunity to add even more of these to my yearly itinerary, as her family adopted me as one of their own almost instantly. Her family is much bigger than mine, which makes it impossible to have everyone come to us here in LA. So, we try to get out to see them in Illinois at least twice a year. With so many visits under our belt already, we’ve naturally developed some favorite things to do.

How We Spend Our Time

Almost everyone has that “main hub” when they stay in their hometown. For us, it’s my wife’s aunt and uncle’s house. They live in a private lakeside community and they’re both natural hosts, so it’s easy to see why. Vacations in the summer are consistently a blast. We usually show up around the 4th of July, which probably means there will be boating. Sometimes it’s just family, casually sipping drinks and taking in the scenery. Others, it’s a party with boats tied together in the middle of a cove. Whatever the situation, the company is always fantastic and we always have an amazing time. 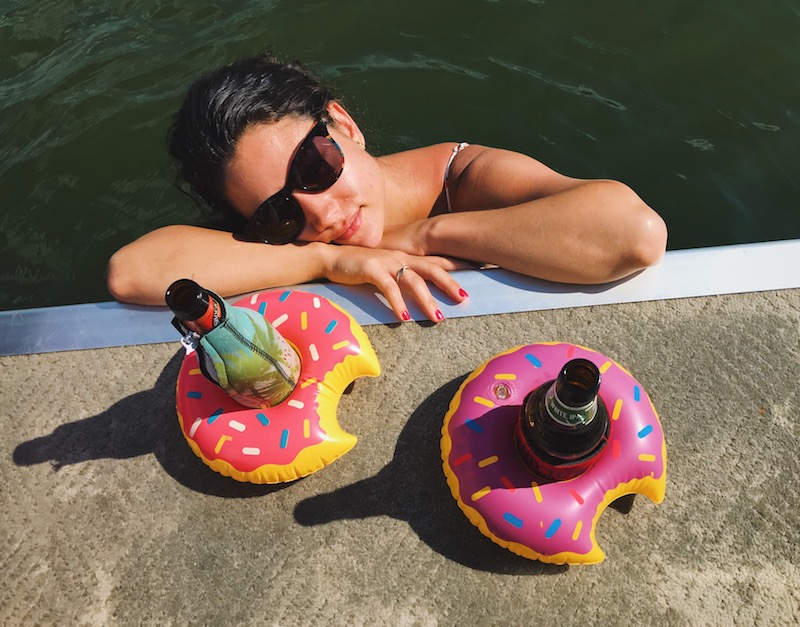 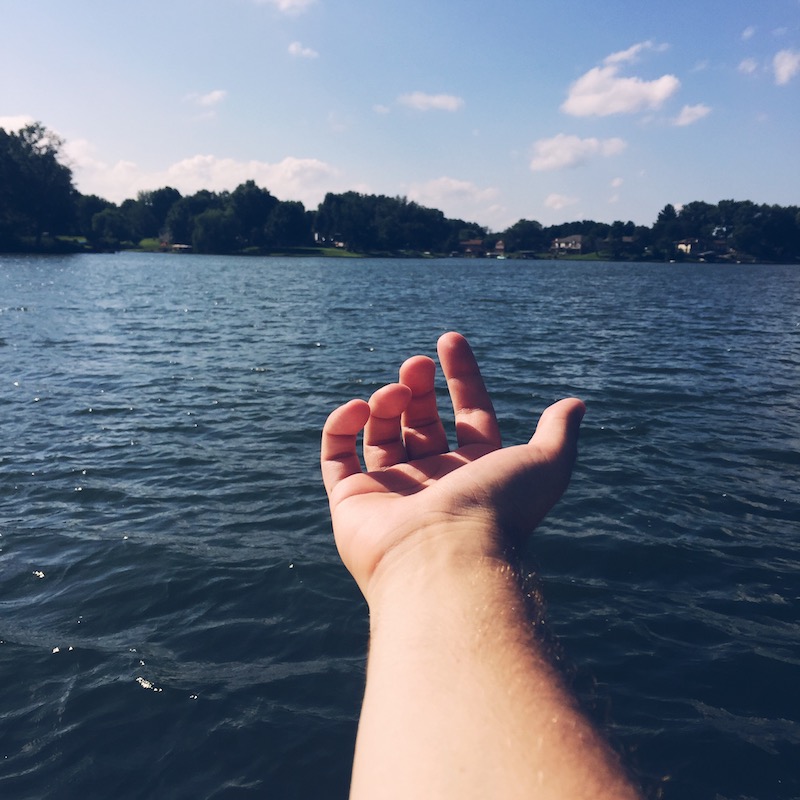 The nightlife there’s definitely nothing to scoff at either. I recently learned that the area has had a strong music scene since at least the ‘70s (one that my father-in-law happened to be a big part of). Going out there, you can easily tell—because it’s never gone away. If you’re looking for a bar with a live band that plays all the best ‘70s and ‘80s dancing tunes, you’re in luck. I think it might actually be harder to find a place without one. And, yes, there will be dancing. Or, you know, people-watching in our case. We’re no fun. 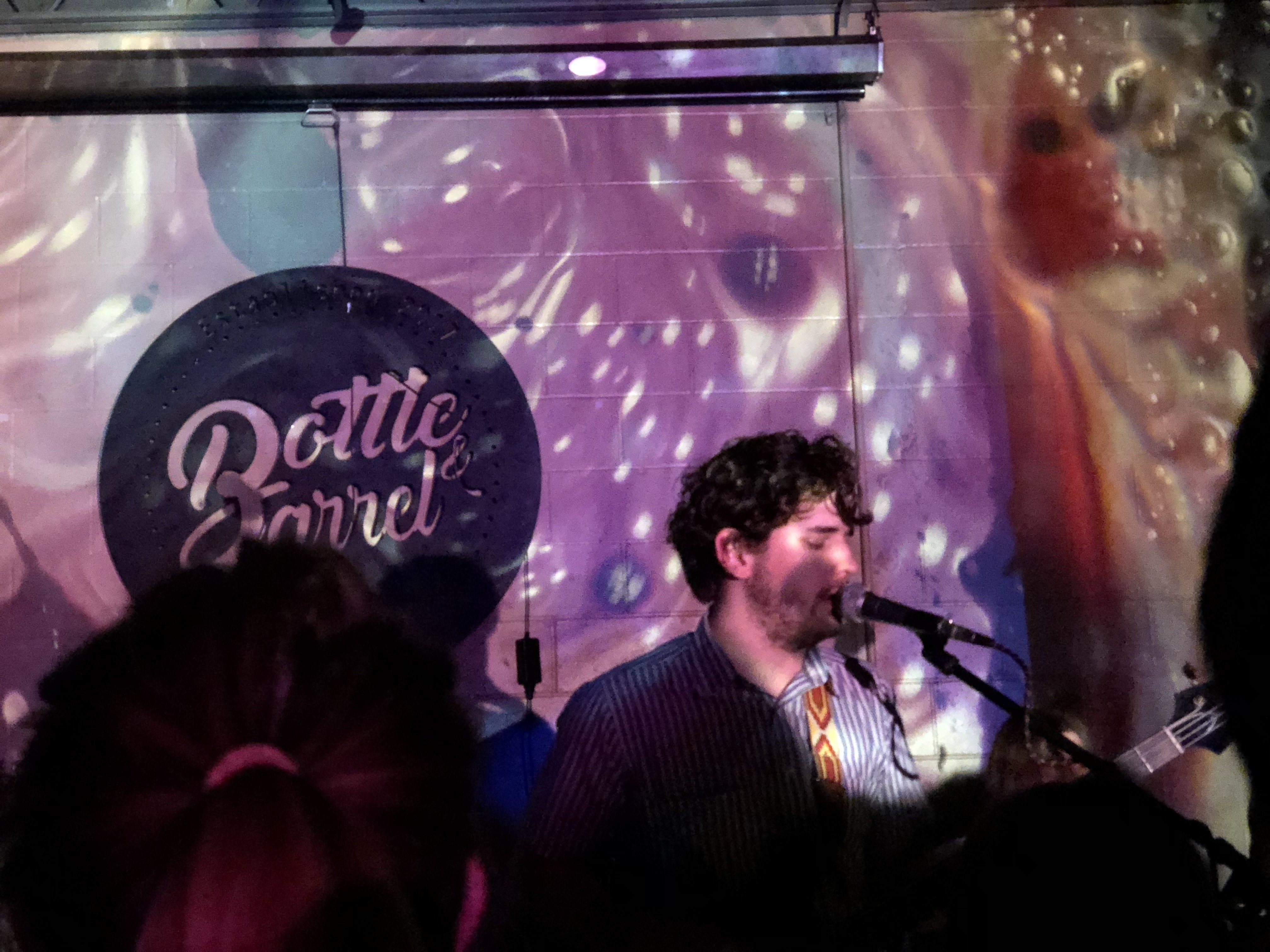 To be clear, the love for music didn’t stop with the baby boomers. In fact, Sarah’s brother is actually following in their dad’s footsteps. While the sound of his band, Polyshades, is more psychedelic surf rock, it’s absolutely still making waves (sorry, I couldn’t help myself -_-). We usually try to go to at least one of their shows while we’re home. During our most recent visit, it was so packed we could barely move.

Since we generally begin (and end) our trips with a stop by IMO’s for some provel pizza and toasted ravioli, I’ll start by mentioning it first. Sarah’s family used to own one, so she’s typically dying for it when we go back. If you’ve never had St. Louis-style pizza, it’s inarguably an acquired taste, but it’s not too shabby when it’s done right. 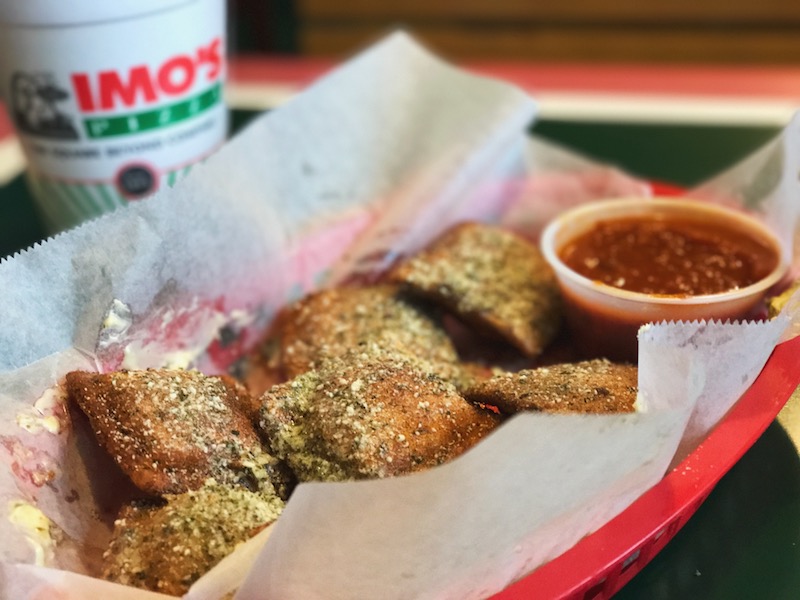 Don’t worry, semi-fast food is far from the only stop we make. While in Illinois for our home wedding reception this past summer, we discovered a restaurant called 1818 Chophouse and totally fell in love. The quality of the food and overall experience was easily equal to what you could find in the nicer parts of LA.

We started with a cocktail of gin, St-Germain, and champagne and a gorgeous charcuterie board. So things were looking pretty promising right out of the gate. 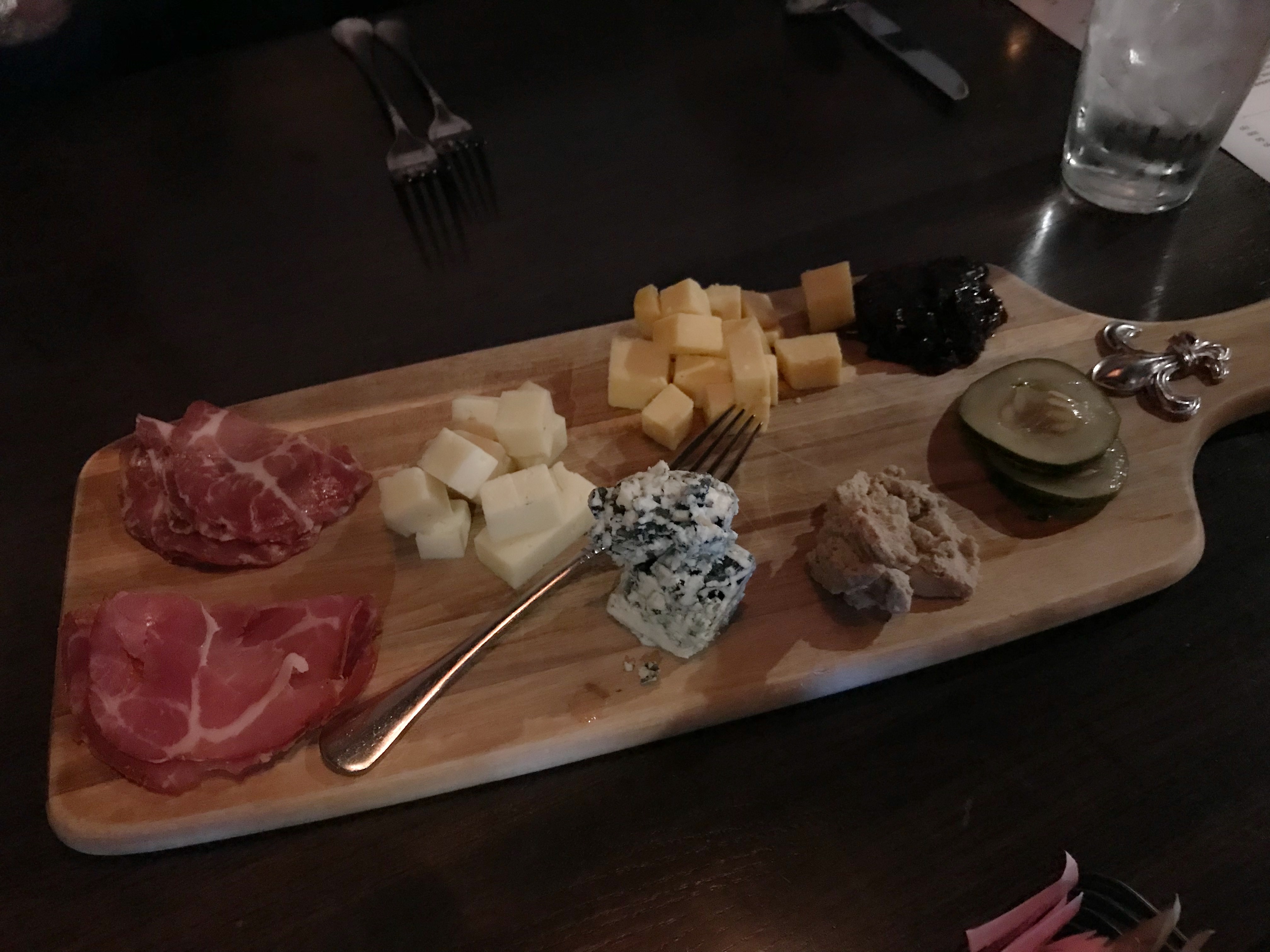 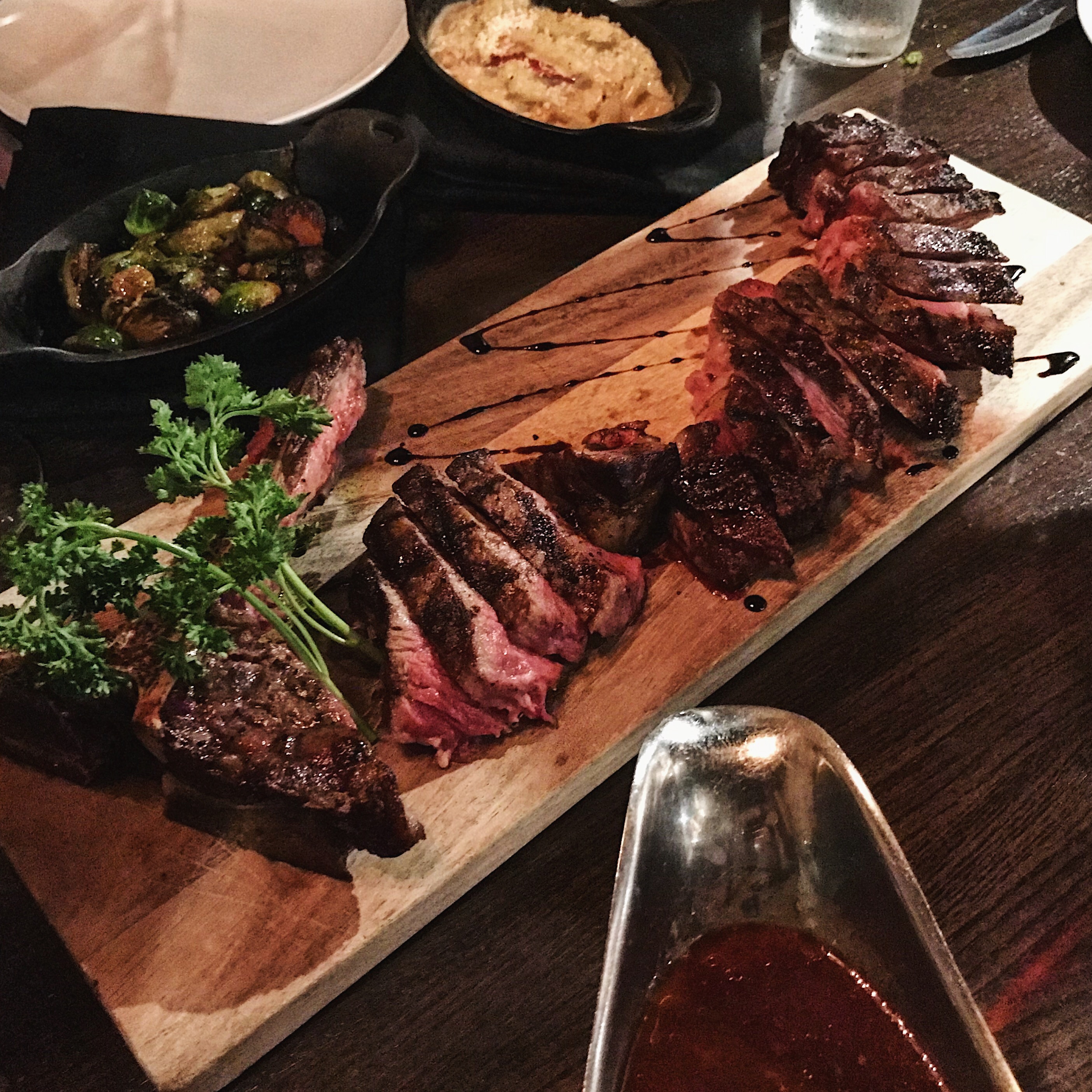 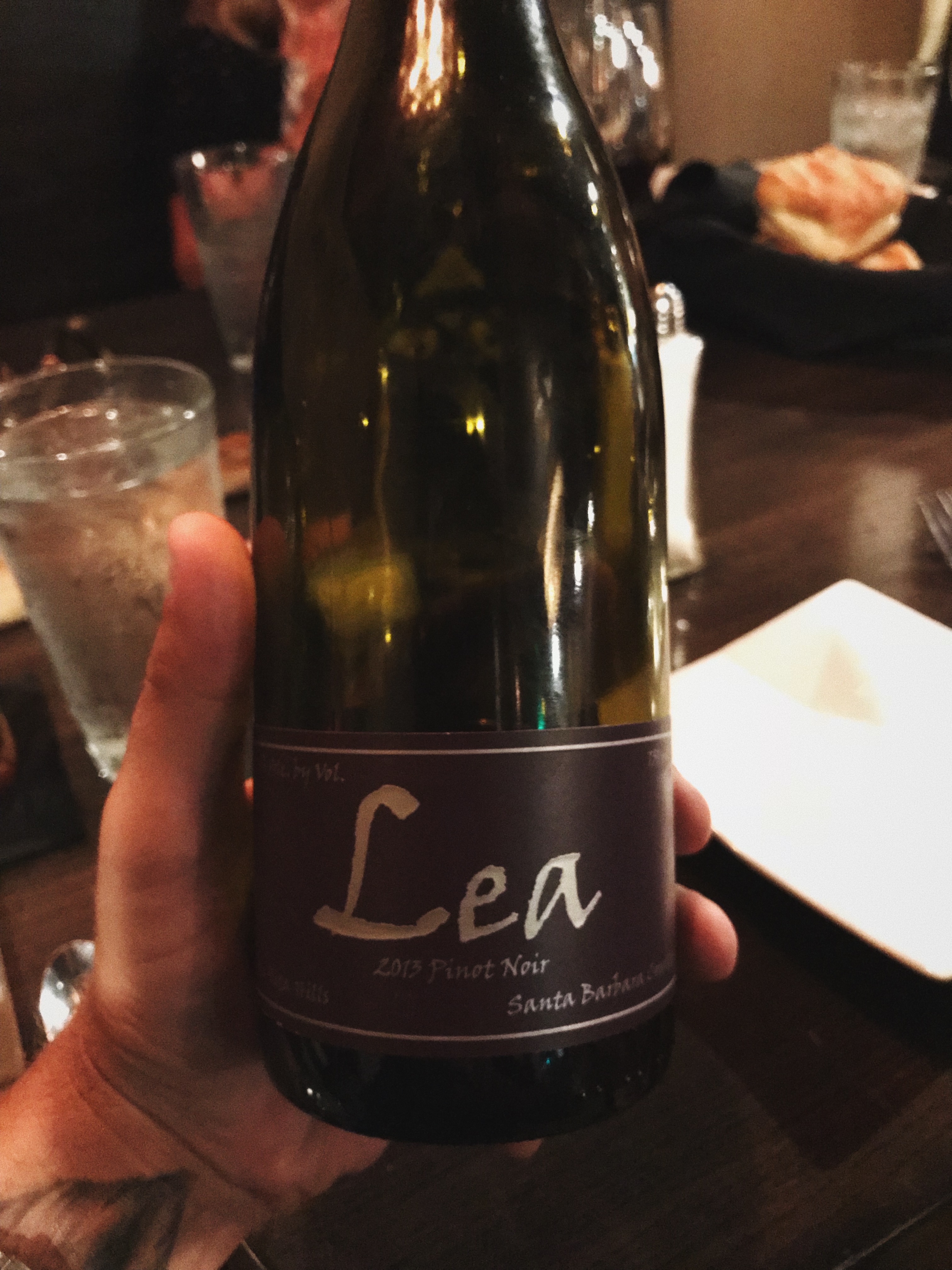 Everything we had there was phenomenal, and you can see that we tried quite a bit. It seemed like every dish had a little something special about it, from the seasonal salad ingredients to the dry-aged buck head beef—which can only be found at one other place in the St. Louis area. When choosing your wine pairings, I highly recommend you let them drive. As it turns out, one of the owners has a great relationship with a winemaker out here in California, and it totally shows in their available selections. The service there was incredible as well. We barely had to turn around if we needed something and they were already there.

During our dinner at 1818 Chophouse, we learned that they were working on a second location in O’Fallon. The fact that they’re expanding isn’t at all surprising, given the exceptional time we had there. If you have a chance to try out either place, you should absolutely go. It will probably end up being your new favorite spot for a date night.

As you might already know, the amount of ground we cover in a day during our holidays can easily amount to 50 miles or more. That said, the kind of car you drive can make all the difference when you’re going from point A to point B. This time around, we were lucky enough to get our hands on the brand new Kia Stinger. I’d had the chance to test drive one at an event a month prior, and was dying to see what it could do on the roads out there. So, yeah. Christmas dreams coming true. 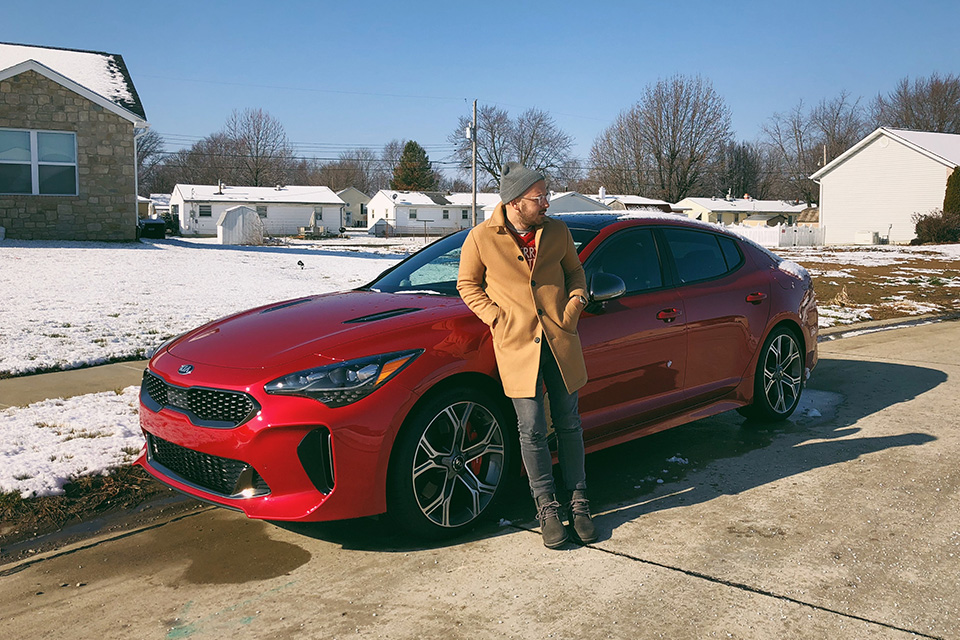 With so much driving, we typically found ourselves on one of three different kinds of road: town/city, highway, and country. This was obviously great due to the variety factor, but it was made even better thanks to the Stinger’s multiple drive modes. We eventually found ourselves in a mix-and-match game of modes and roads.

There were a variety of other aspects that made the car awesome too, like CarPlay coupled with Harman/Kardon QuantomLogic audio system, trunk space big enough for all of our luggage and Christmas gifts, and its general attractiveness. If you can’t tell, I have a serious obsession with these cars. I can’t wait to drive one again.

Both my family and my wife’s are Sicilian, so knowing where to get the ingredients for those ever-coveted family recipes is very important. For the Illinois group, there’s no question that any kind of kin function requires a stop by The Hill in St. Louis. My first time going was over the summer when we needed to get components for a charcuterie board we were putting together for the reception. We accidentally ended up spending nearly two hours just wandering around our chosen store. It was far from the biggest, but it was chock-full of such terrific finds from Italy, it was hard to pull ourselves away.

Another promising spot we found while looking for a special kind of rose bush for Sarah’s father. He’s a big gardener and grew roses for her when she was young, so we thought it would be a good thank-you gift for his help with the reception. We found a place that sold what we were looking for called Bowood Farms. When we got there, it was clearly much more than a simple nursery; it had a shop and café (Café Osage) as well. And everything seemed to be as unique as the flowers we were looking for. We only got coffee from the café, but everyone around us was having a brunch that looked and smelled incredible. Of course, it had Sarah’s attention immediately because they had huge bundles of flowers at the bar for garnishing their cocktails. We’ll undoubtedly be going back when we’re in the area again.

Between family, the refreshingly slower pace, and hidden gems everywhere, the Metro East is basically our 30 Rock Cleveland. So much so that, before we bought our place in Encino, we seriously considered getting moving out there for a few years. In the end, we knew we probably wouldn’t do well permanently giving up city life. But who knows? With some luck, maybe there’s a summer lake house in our future. For now, we’ll continue to look forward to our biannual visits. Only five months to go until the next one!