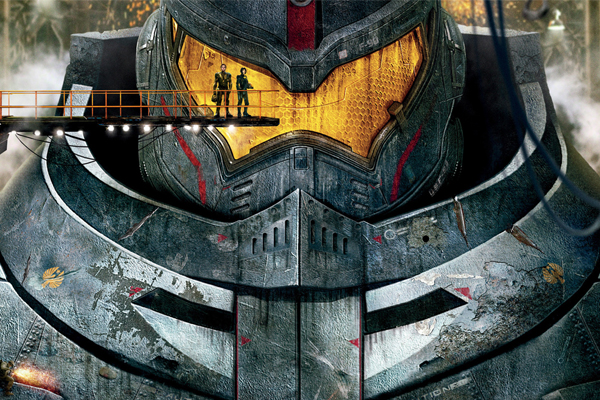 Guillermo del Toro’s film Pacific Rim gets a new trailer and it aims to please. If you like giant robots, aliens, and beautiful CG, then you’ll probably dig this Sci-Fi action flick.

When aliens attack threatening Earth’s existence, a team of giant robots controlled by humans is called into action to save the planet. Sons of Anarchy star Charlie Hunnam (Jax) plays one of the said robot pilots looking to kick alien ass.