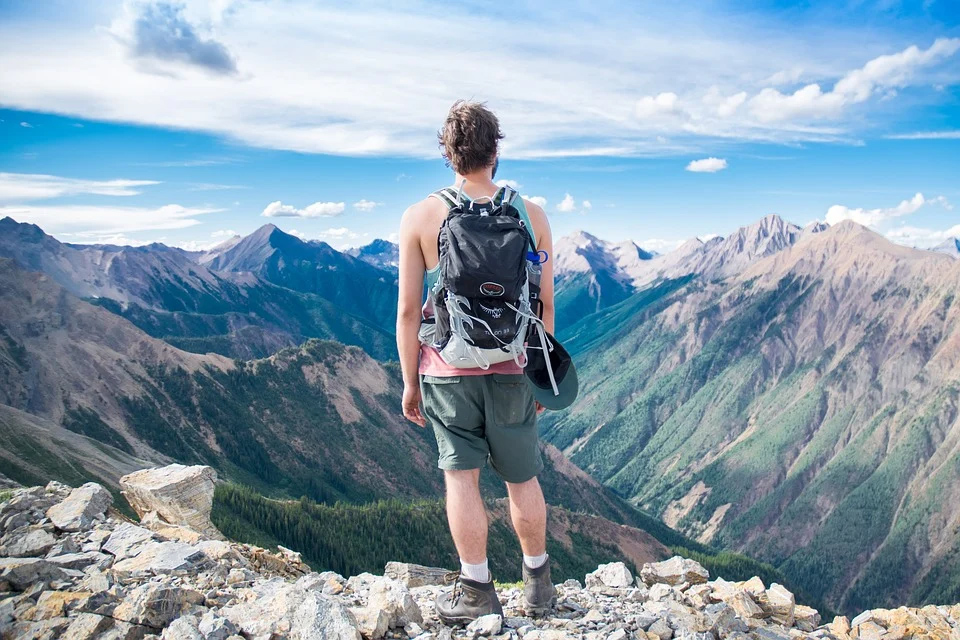 You know how it goes. Work has been a drag lately, someone or something has been irritating you more than you would like, and you just haven’t been waking up on the right side of the bed for a while.

From time to time, everyone finds themselves feeling exhausted, disillusioned, and frustrated by life at large. But, the longer you let yourself lounge around in that self-defeating state, the harder it will be to actually pursue your goals, have a good time, and live in a way that’s in line with your ideal.

Fortunately, there are a bunch of different things you can try that may help you to feel more alive and energized in one way or another.

So, here are a few suggestions to play around with.

Get involved in some friendly competition with your pals

One of the best ways of getting yourself motivated to break free from this negative spiral before it really gets a chance to build momentum, is to get in touch with some external forces that can help to keep you active, interested, and engaged on a daily basis.

Easily one of the most fun and reliable ways of doing this, is to get involved in some friendly competition with your pals.

This could involve anything from doing some responsible and light-hearted sports betting against each other, using a service like borgataonline, to signing up to a race or other fitness challenge together and seeing who comes out first, to doing a joint challenge like “sober October.”

Even if the competition you’re engaging in together isn’t something that seems “serious” or that has anything to do with “self-help,” it’s a fact that competition in and of itself can give you a good extra nudge to avoid sinking too deeply into the sofa, giving up on making an effort, and becoming despondent.

It’s also important to keep in mind that maintaining enthusiasm and momentum – in any dimension of your life – is an essential part of feeling alive and being energetic, in general.

A good weight training routine can – and often does – transform a person’s life for the better.

While aerobic exercises like jogging or cycling can be great for a variety of reasons, weight training allows you to engage in an activity where you get to directly track the incremental improvements you’re making in strength and muscle mass over time – while simultaneously boosting the level of circulating anabolic hormones in the body such as testosterone.

Getting into a regular weight training practice can absolutely and rapidly boost your confidence, your energy levels, your willingness to “get after it,” and your ability to reliably stick to a structure or routine.

In other words, a good weight training routine can really help you to feel alive.

The only thing to be careful about is that you shouldn’t do what many people do, by going for an ultra-intense training routine that leads to exhaustion, injury, and a chronic dread of working out. Although training like this might make you feel tough in the short term, it’s not going to give you a lot of the sustainable benefits that you’re after.

Train regularly, push and challenge yourself, but you should finish each workout feeling pleasantly tired rather than totally annihilated.

Do regular stretching and breathing exercises

Many guys, in particular, are totally enthusiastic about the idea of weight training but are very reluctant to do something like yoga.

Whether or not you actually end up attending a yoga class, though, there are real benefits to doing regular stretching and breathing exercises – not least of all relaxing and unfreezing your diaphragm, reducing chronic pain and tension, and helping you to feel more energized, mobile, and balanced on an everyday basis.

Stretching and breathing exercises are even said to help with things like digestion and sleep.

If you’ve been going through frequent cutting and bulking cycles, focus on regularly eating enough, and enough of the right stuff

If you’ve been following a bodybuilding routine, or have been trying to regulate your weight for some time, there’s a good chance that you’ve been through deliberate “cutting” and “bulking” cycles, where you constantly alternate between trying to strip back body fat, and trying to gain new muscle.

Although it’s not spoken about nearly as much as it should be, there are some serious risks to this practice – especially with regards to things like your energy levels, your mood, and your overall vitality and zest for life.

The Minnesota starvation Experiment, conducted on conscientious objectors during the 1930s, had a group of healthy men put on a “semi-starvation” diet of approximately 1500 calories a day, for about six months. The results were fascinating: in addition to losing a lot of weight, the men all experienced chronic fatigue, apathy and irritability, depression, and an inability to be interested in anything other than food.

What’s more, when the “semi-starvation” phase of the study was done, many of the men didn’t return fully to normal for up to a year afterwards.

Keep in mind that many people today who go through bulking and cutting phases will restrict their calories to an amount that’s more or less equivalent to the 1500 calories a day used in the study.

If this sounds like you – and particularly if you’ve been experiencing the side-effects of metabolic slowdown, including feeling cold all the time, feeling fatigued, and feeling depressed and irritable – focus on regularly eating enough, and on eating enough of the right stuff so that your micronutrient needs are also being met.

Spend at least a bit of time outdoors everyday

Thanks to the COVID-19 pandemic, huge numbers of people have been spending a lot more time stuck at home than they normally would have been under less exceptional circumstances.

Being constantly cooped up indoors, however, is by no means good for your energy levels and your overall zest for life. Among other things, it increases the odds that you are living a sedentary life, and it makes it much easier for you to get totally wrapped up in your own thoughts without a balancing contact point to the outside world.

While you might not be in a position where you can go and attend your usual social gatherings at the moment, you should at least strive to spend a decent chunk of time outside, every day.

This doesn’t have to be anything ambitious. Simply going for a stroll can be a game changer, if the alternative is that you’d be cooped up indoors from sunrise until sunset.

Remind yourself that it’s a big and interesting world out there, and that life isn’t just something that happens on the Internet.