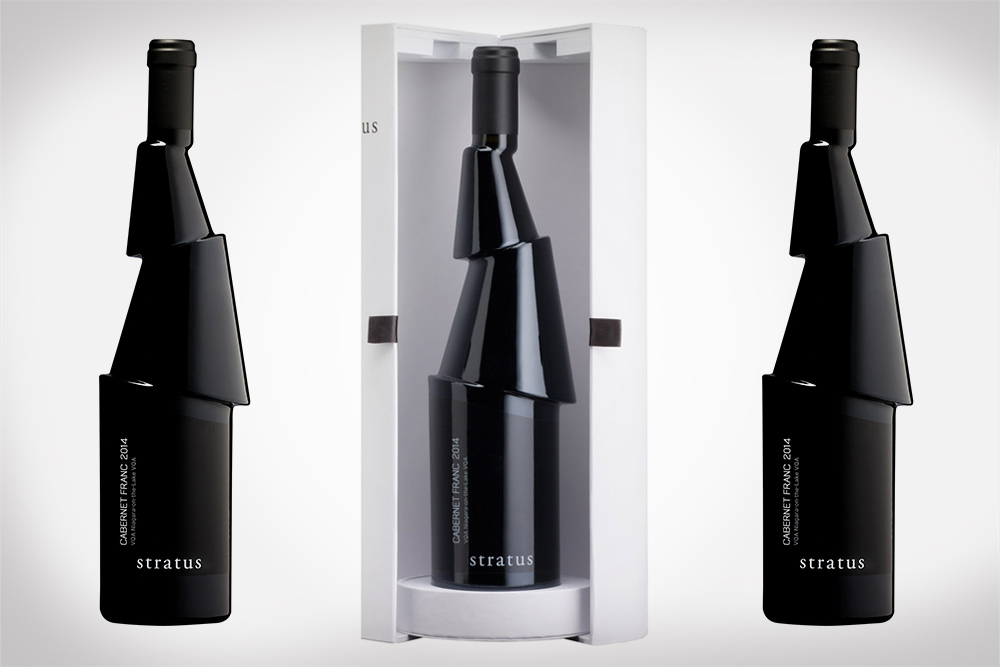 A Uniquely Designed Bottle for a Uniquely Bottled Wine

Believe it or not, this deconstructed (then reconstructed) 2014 Stratus Decant Cabernet Franc wine bottle serves a purpose other than looking spectacular. As it goes, the wine inside is just as uncommon, and it has the design of its container to thank.

Things got started as a collaboration between Stratus Vineyards and Global Industrial Designer Karim Rashid. The goal was to capture the Straus philosophy of ‘form followed by function’, and they really did a phenomenal job. Rashid explained at the May 3rd launch of the wine that he wanted to shake up the traditionally conservative wine bottle (/industry in general), so he decided to literally cut it up. What’s so great about the final result isn’t just the contemporary design, but the function it serves as well. On the outside, the indents created by the offset pieces create a natural place to hold and pour. On the inside, those same ridges decant the liquid, keeping back any sediment as is poured out. So, it really is the perfect capsule for a sedimented wine bottled unfiltered on the lees. And seeing this, that’s just what winemaker JL Groux decided to make. The limited edition 2014 Cabernet Franc itself sounds to be completely amazing on its own. It is described as being rich, refined, and complex, and having an aroma of tobacco, raspberry jam, and an oaky toastiness. If you’re interested in grabbing yourself a bottle, I would recommend doing it quickly as there were only 110 cases made. It can be purchased for $95 via StratusWines.com.