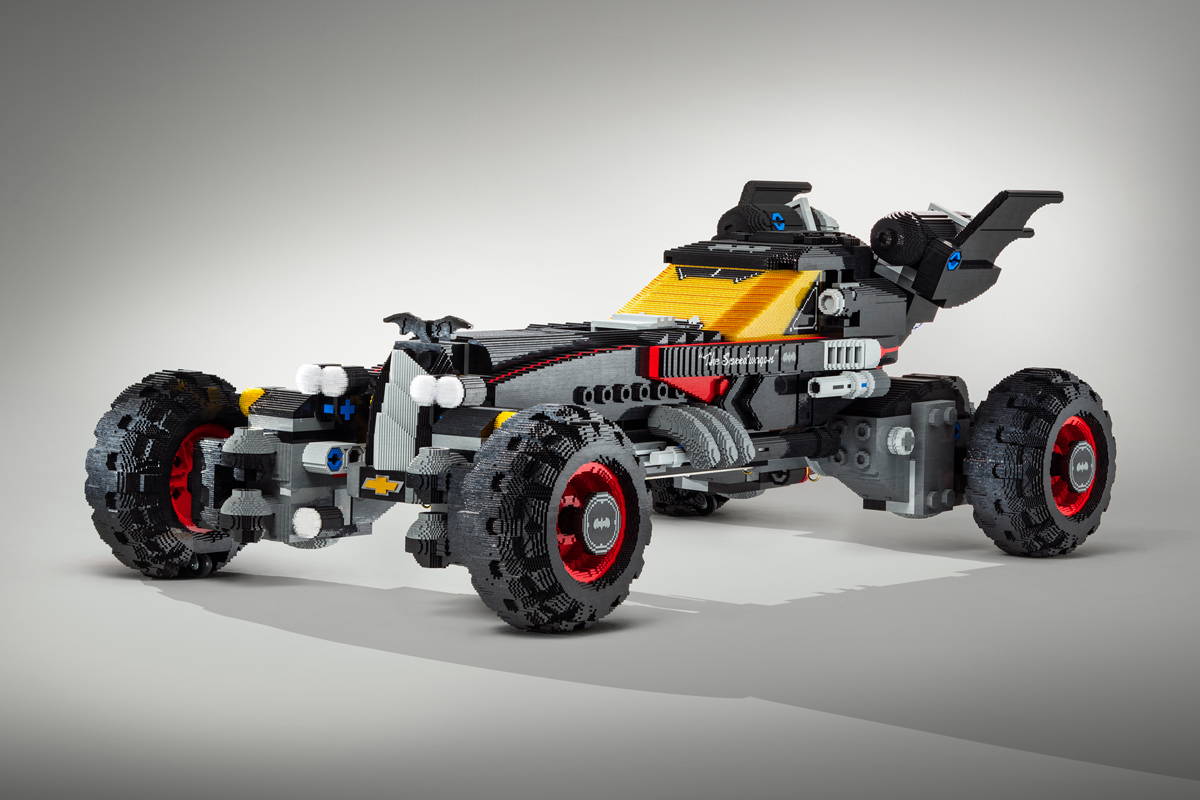 I guess we’re not the only ones excited for the new LEGO Batman Movie.

Chevrolet has teamed up with Warner Bros. to unveil their life-size LEGO Batmobile at this year’s North American International Auto Show (NAIAS). In addition to the carmakers help, the students from Detroit’s Cody Rouge community, A World in Motion and FIRST LEGO League had help in making this 17-foot long Batmobile.

“To work on the LEGO® Batmobile with Warner Bros. is an absolute thrill for us at Chevy,” said Paul Edwards, U.S. vice president of Chevrolet Marketing. “Many of the themes in ‘The LEGO® Batman Movie,’ like imagination, family and community, align perfectly with our Chevy brand values and add to the value of the partnership.”

If you missed the live unveiling at the Detroit Auto Show, the LEGO Batmobile from Chevrolet will show up in the next variation of Chevrolet’s “Real People, Not Actors” campaign – so stay tuned.

Unveiling the LEGO Batmobile at NAIAS To learn more about all the exciting options available on the LEGO Batmobile, please visit Chevrolet.com.