Bud Light Seltzer is making sure that everyone is ready for the long, hot summer months by introducing the new Iced Tea Variety Pack.

The LEGO Marvel Infinity Gauntlet might be my new favorite collectible.This 590-piece model is the perfect gift for any adult Marvel fan. It features

Looking for a Lumen review? You’ve come to the right place. Tracking your metabolism was something never really available at the...

Here’s a clever gift idea for dad that won’t break the bank. In fact, it’s over 50% off the usual price of $197 USD. We’ll get back to the price breakdown later.

This Father’s Day Gift Guide is the ultimate guide for all things your dad would ever want. From gear and gadgets to food, drink, home, and more!

I’m a new dog owner and in a constant state of worry that I’m doing something wrong. You see, my dog Holly was horribly abused and rescued from a puppy mill before she came into our lives. She spent six whole years of her life inside a cage. The last thing I would ever want is not to give her the best life she can have after the trauma she endured.

There’s just something about pleated pants that takes a casual outfit to the next level and I think I found the perfect pair. 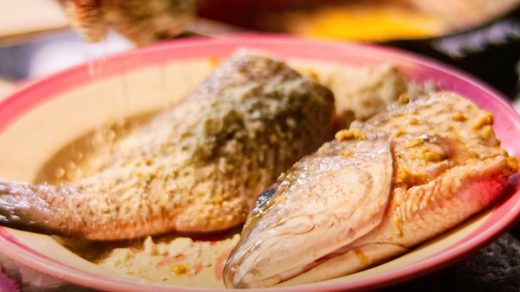 ‘High on the Hog’ Official Trailer

High on the Hog: How African American Cuisine Transformed America takes viewers on a culinary journey that ventures from Africa to the deep south. Adapted from food historian Jessica B. Harris’ book…