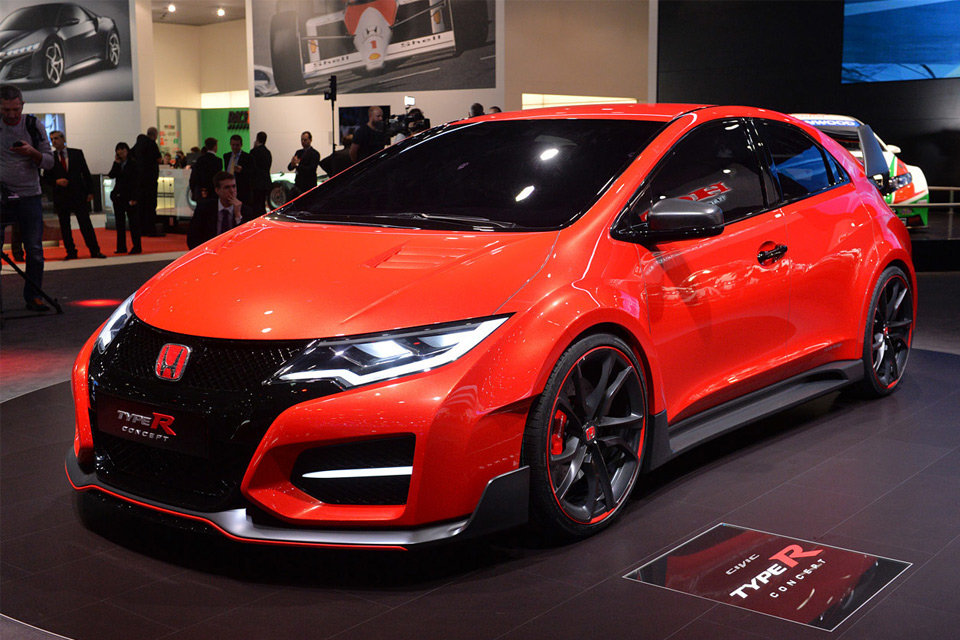 The hot hatch market is better than it has ever been. Over the last three years, there has been a significant shift in the way hot hatches drive, and 2014 will undoubtedly be known as one of the golden years of turbocharged hot hatches.

Motorists can choose from delightful small hot hatches like the Fiesta ST and Peugeot 208 GTI, or big and brutal hot hatches like the Vauxhall Astra VXR and BMW M135i. For those who want something a little more sombre, the Volkswagen Golf GTI and Mercedes-Benz A250 will fit the bill. In other words, there is a hot hatch for everyone right now, except one market… those who want something different.

To that end, Honda promises to have motorists covered with their Honda Civic Type R, according to Vertu Honda. The 2015 Honda Civic Type R will be powered by a 2.0-litre turbocharged engine just like the Audi S3, Golf GTI, Golf R, Seat Leon Cupra, Mercedes-Benz A45 AMG, Ford Focus ST, Vauxhall Astra VXR, and Renault Megane RS. It follows in the footsteps of these hot hatches for one reason, and that reason is that turbocharged petrol engines of this capacity offer the best blend of performance and economy.

This move will likely have mixed reactions from Type R fans – the 1st gen Type R was powered by a naturally aspirated 1.6-litre engine, and the 2nd and 3rd generations a 2.0-litre VTEC engine. Now that the Type R has embraced turbo charging, does this mean the Type R has lost its soul?

Not by a long shot.

You see, the Type R has always been about going as fast as possible, and this new Type R is all about that too. Only, now it needs a turbo to keep up. Honda have developed the 2015 Type R on the track to ensure that it’s as close to a road-going race car as you can get. The ride will be firm, there will be deep bucket seats to hug you, and the turbo spool and exhaust will make a ferocious noise.

The engine will produce around 285 bhp and 300 lb /ft of torque (expect the official numbers to be slightly less than that, though) and power will be sent to the front wheels. The car will only be available with a 6-speed manual gearbox and it will have a limited-slip differential to ensure that there’s always enough grip to handle the power that’s sent to the front wheels. The official 0 – 62 mph times have not been announced yet, but anywhere between 5.8 seconds and 6.0 seconds sounds realistic. Honda is said to be aiming for a 0 – 20 mph time of around 15 seconds flat (the Astra VXR does this in 16.5 seconds).

LED daytime running lights along with 19-inch alloys will come as standard as will the stunning quad exhausts which will likely become a trademark of future Type R’s.

The 2015 Honda Civic Type R (click here) promises to be one of the fastest cars on the road. We can’t wait to see what it’s really like on the limit.