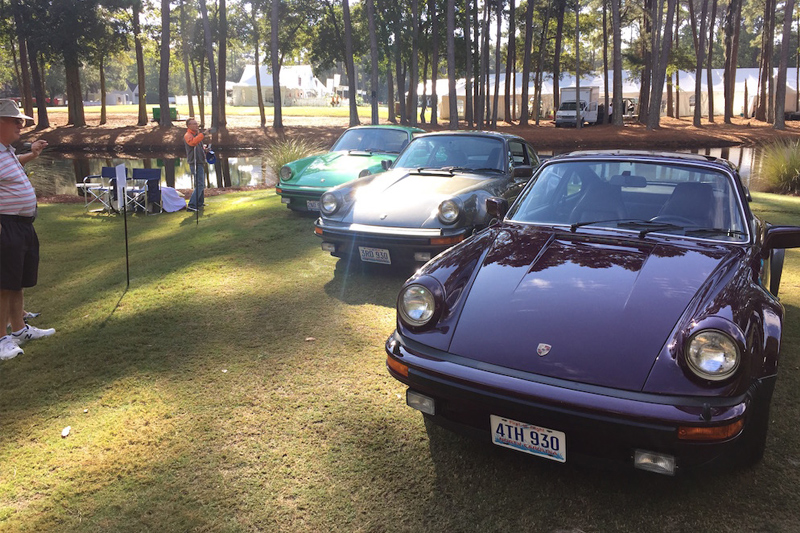 There’s a low country vibe that permeates through the wetlands of the Carolinas. Life moves a little bit slower. The iced tea is a little bit sweeter. The call of four-wheeled and two-wheeled adrenaline brings me far and wide, but I never specifically expected for South Carolina to appear on my boarding pass. It frequently falls short in conversation to its neighbor to the north, home of NASCAR and turn-left, high-banked speed, but in 2002, a small group of auto-loving enthusiast launched the first Hilton Head Island Motoring Festival & Concours d’Elegance.

It has grown to draw individuals from all over the eastern seaboard, a collection of garage tinkerers and car club all-stars. While it hasn’t yet grown to compete with the magnitude of a Pebble Beach or Amelia Island, the Hilton Head faithful aren’t concerned. That’s not what this is. This is a group of people passionate about the art of preserving and most importantly, driving. It’s about the unexpected. Some of these vehicles have been neglected for 50 years, by enthusiasts and collectors alike. Hilton Head was the first time I walked away from any event proclaiming a Volvo as my favorite. The Volvo museum in Sweden brought a 1933/34 PV654. This is the first time it had been rolled out of the museum in more than 50 years and predates Volvo’s exportation to the US by more than a decade.

The show was littered with rare gems like the Volvo and models that didn’t seem all that special until you looked in close. (Another favorite was a Porsche 356 Continental. Awesome story behind that model.) So if you have grown weary of seeing the same old, same old or can’t bear the crowd and fanfare of Pebble or Amelia, look to the low country.