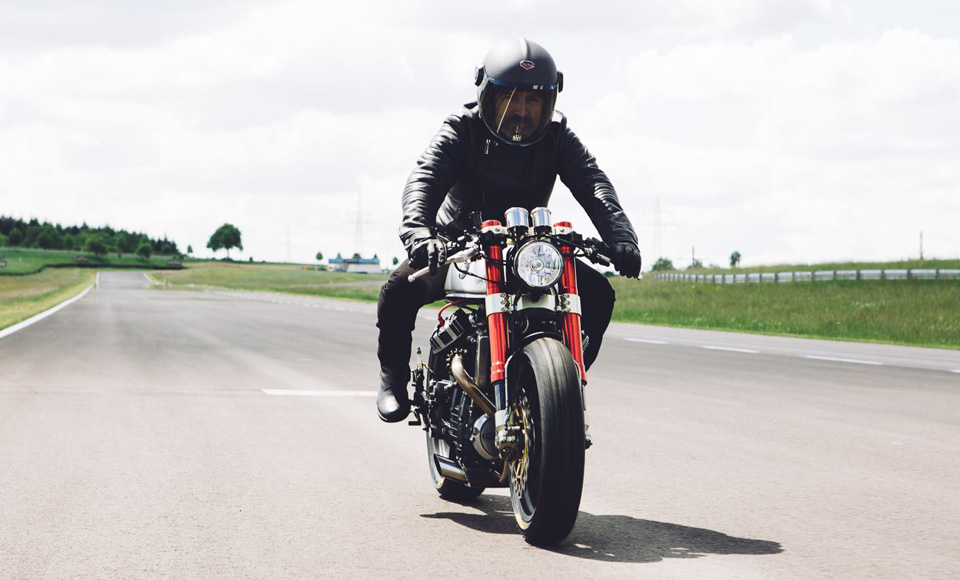 Furniture and architectural designer, Sacha Lakic, who is known to customize the occasional motorcycle, has done so on a recent Honda CX500 project. The bike was found by Sacha at George’s Garage–a shop owned by his friends. It was standing by itself in a corner of the garage with an assortment of parts scattered on a nearby shelf.

“I have always been a great fan of the motor of this machine,” he says, “a magnificent 80-degree V-twin, full of character.” From the onset, he decided to keep the bike’s overall design as sleek and minimalistic as possible in order to draw attention to the engine. Sacha customized many of the parts on the CX500, however he liked a few of the stock pieces like the fuel tank, which he tilted forward 10-degrees to give it a more dynamic feel. The Honda’s subframe was replaced with a custom rear end that includes a solo seat arrangement and mono-shock.

For the bikes shock he used an Öhlins unit taken from a Ducati 851, coordinated with a set of adjustable Marzocchi RAC forks in the front.