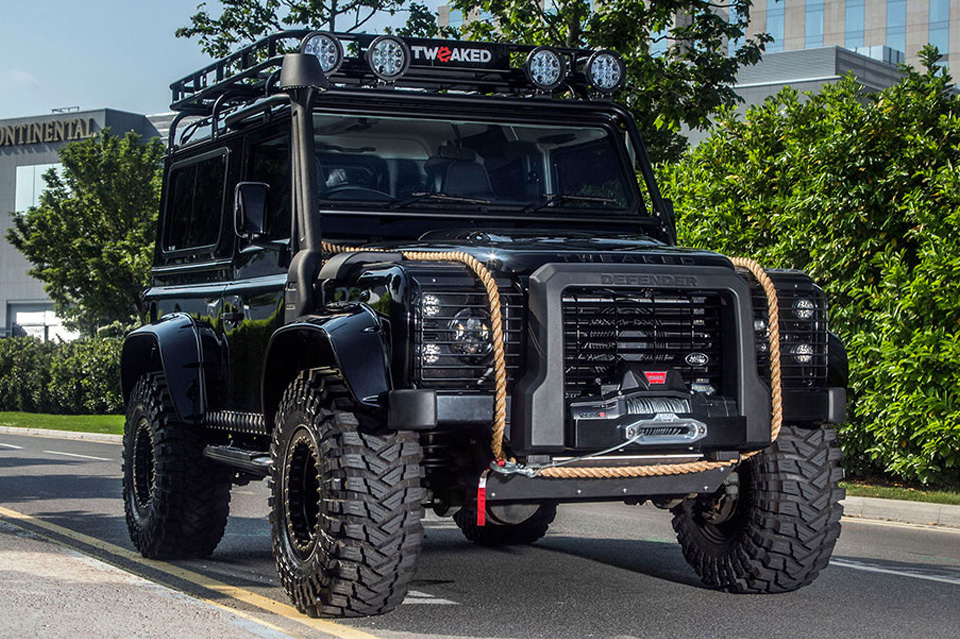 It isn’t always the good guy’s car we want from films. Take for example the SPECTRE EDITION Land Rover Defender by Tweaked Automotive. It was first featured in the 2015 James Bond film Spectre, and now it can be seen in your driveway.

Tweaked Automotive offers this special Defender in either a 90 or 110, and can build upon your very own Defender or one supplied by them. The SPECTRE EDITION features all of the same sleek parts from the film car, like the extra wide arches to the 16″ headlock wheels. TW also offers a number of other options, including custom interior, a numbered interior plaque and unique SPECTRE EDITION exterior plaque.