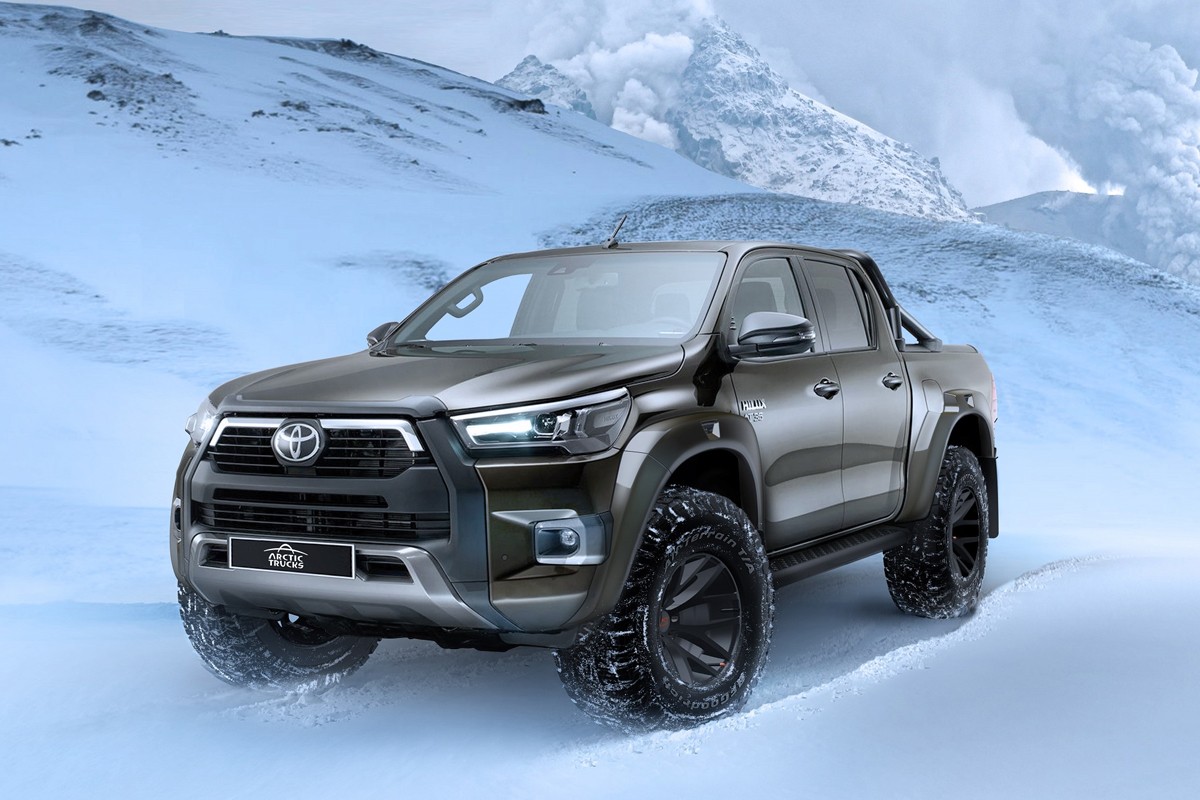 Toyota has now produced a snowbound AT35 version of its Hilux pickup with the aid of Icelandic off-roading specialist Arctic Trucks, equipped for explorers, scientists, and adventurers in mind.

The two automotive brands started their collaboration with the Invincible X model as its base, Artic Trucks’ already-modified Hilux, and reworked the vehicle with even more tech and features so it can dominate the harshest terrains this planet has to offer. The ride height of the vehicle was increased by 2.5 inches to give it greater clearance and stability, while the arrival and exit angles are now measured at more than 38 and 29 degrees. A new suspension system, combined with 35-inch all-terrain under elevated wheel arches, jointly built with Bilstein, has been installed. 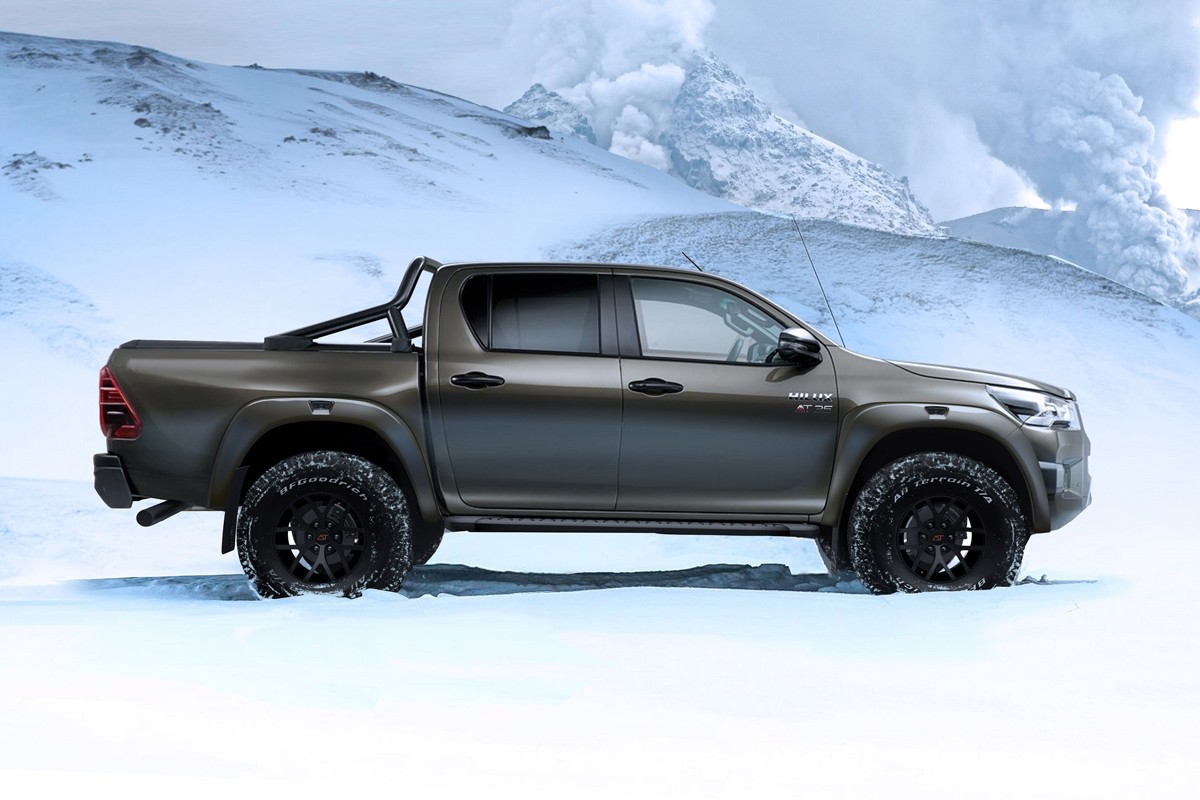 The AT35 is powered by a standard 2.8-liter turbodiesel four-cylinder engine, capable of driving a 204-horsepower and a powerful 369-pound torque feed through all four wheels using a six-speed automatic transmission. Although towing capability caps out at 7,716 pounds, its overall weight has been raised to 2,321 pounds. 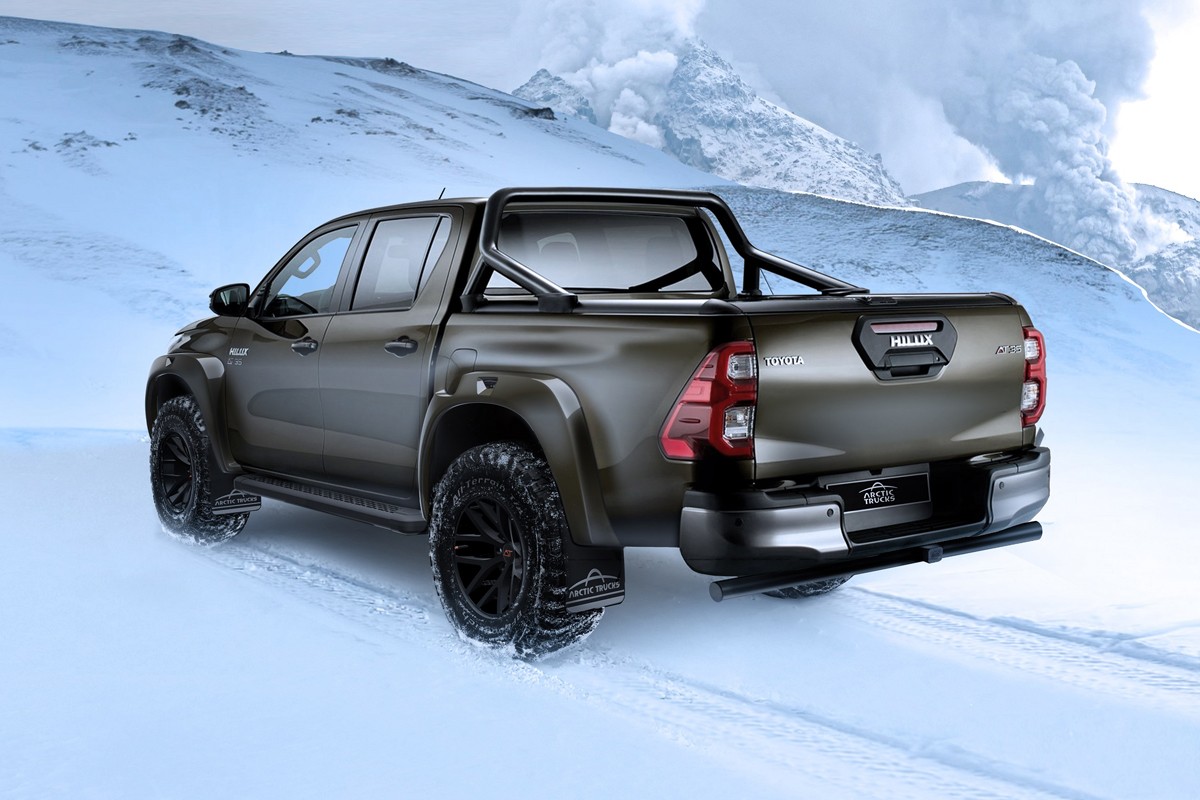 At the time of writing this article, there isn’t any information on the pricing for the Hilus AT35 yet, but it is currently being offered by Toyota in England. I’ll make sure to tweet out the price once I hear back from them, so stay tuned!