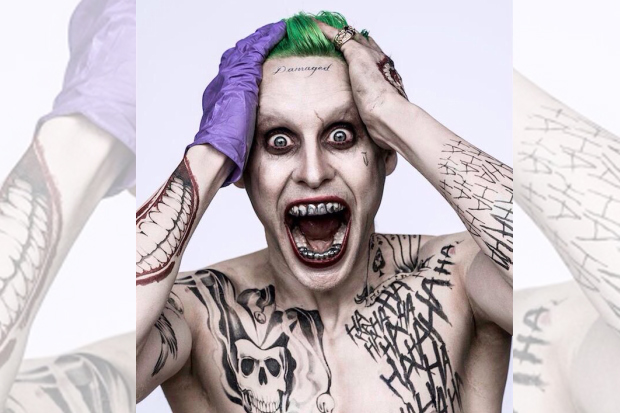 A First Look of Jared Leto as The Joker

David Ayer, the director of the upcoming film Suicide Squad, gave fans a preview on Twitter of Jared Leto as The Joker. Leto’s psychotic pose and new look goes along with his makeover he underwent where he snipped off his long locks to become the iconic villain.

When I first saw the photo come across my feed I immediately thought it was fan made. Everything seemed so drastic and forced. Not to say I’m not intrigued to see how well Leto will portray The Joker and if he can live up to every die-hard fan’s expectations.

What do you think of the direction David Ayer went with for the Suicide Squad Joker? Let me know your thoughts in the comments below.