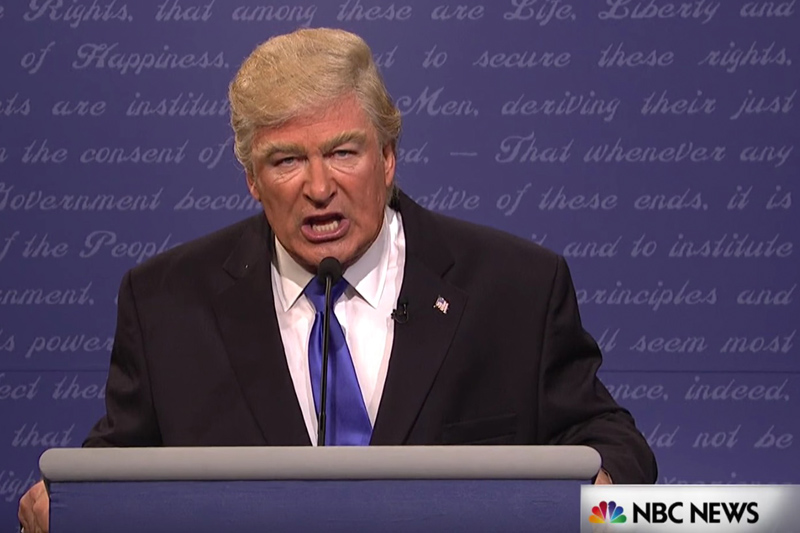 Say what you will about SNL, I think they are still crushing their skits. In their latest cold open, a SNL regular and personal favorite, Alec Baldwin stars as Donald Trump, and it’s too good. The skit comes just days after the first presidential debate. Kate McKinnon reprises her role as Hillary Clinton, while Michael Che, who we normally see on Weekend Update, makes his debut as Lester Holt.

I knew Alec Baldwin would be good, but I didn’t know he would crush Donald Trump’s voice and mannerisms so well. You can expect to see a lot more of him as the rest of this presidential race plays out.