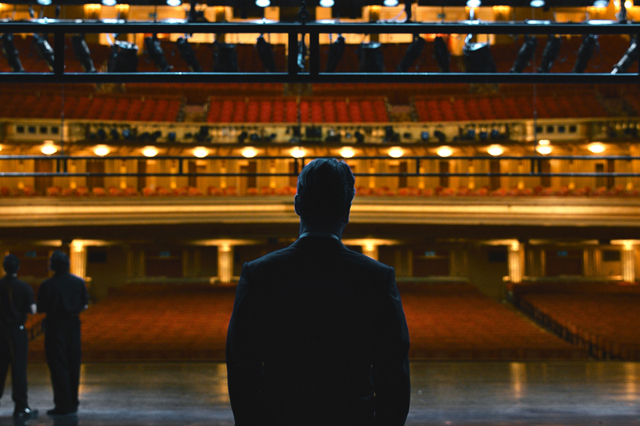 Here is the first look at Michael Fassbeneder as Steve Jobs. The film takes place backstage at three of Apple‘s iconic product launches and ends in 1998 with the unveiling of the iMac. Unlike the Ashton Kutcher film, which was just “ok”, Steve Jobs will take you behind the scenes of the digital iRevolution and paint an intimate portrait of the brilliant man Steve was.

Alongside Michael Fassbender as the founder of Apple, Steve Jobs stars Kate Winslet as Joanna Hoffman, former marketing chief of Macintosh. Seth Rogen (if you can believe it) as Steve Wozniak, who co-founded Apple, and Jeff Daniels as former Apple CEO John Sculley.