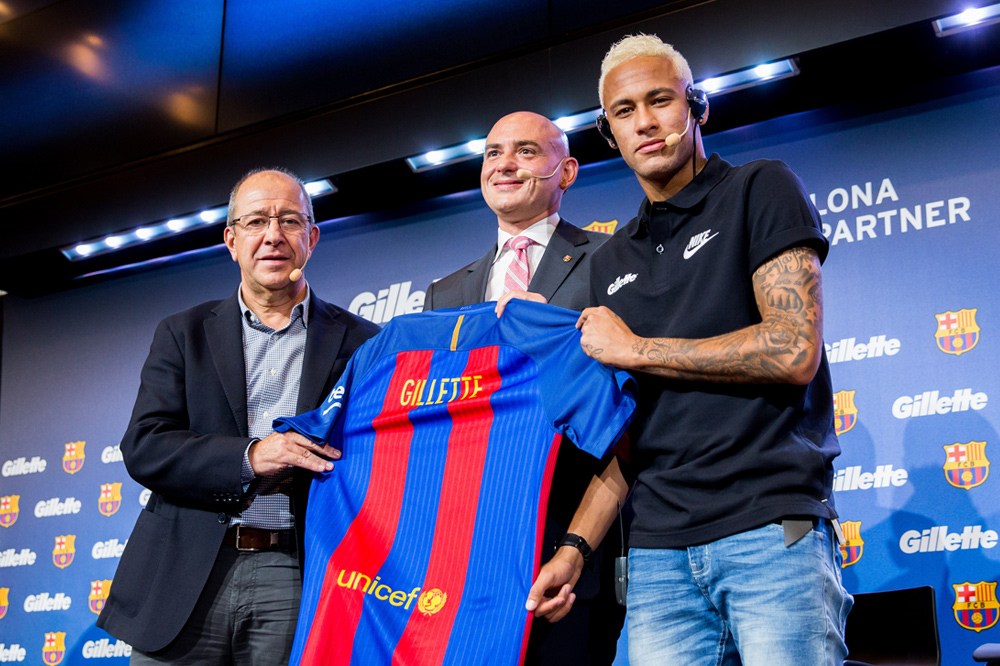 Gillette announced an exciting new global partnership with one of the best clubs in the world, Futbol Club Barcelona (FCB). The partnership comes at no surprise, as both brands, though different, aim to focus on precision and how it plays a vital part for men on and off the field.

Neymar Jr., one of FCB’s finest and Gillette global ambassador, was at the press conference at Barcelona’s Camp Nou to help unveil the partnership – including the announcement of “Precision Moments on the Pitch.” The series will be presented by Gillette on FCBarcelona.com and feature highlights from the club’s star players showcasing their precise plays as they train for upcoming matches.

“Partnering with FC Barcelona was a natural fit for Gillette, as both organizations share similar core values—precision being one of them—in our respective pursuits to being the best in the world,” said Francesco Tortora, Gillette global brand director.  “We’re excited to promote the world’s most popular sport, while giving fans more opportunities to take part in something they love.”

In addition to the global partnership with FCB, Gillette is also expanding their relationship with Neymar Jr. by highlighting funny, relatable moments when men realize their actions just won’t fly anymore. Neymar Jr. will use his own Twitter to share humorous photos, inspiring guys around the world to finally kick those old habits.

Precision Moments on the Pitch

To bring the partnership to life for FCB fans, Gillette will present a “Precision Moments on the Pitch” series on FCBarcelona.com. The digital collection will feature highlights from the club’s star players demonstrating precise plays during training as they prepare for upcoming matches. Additionally, Gillette will have a brand presence across FCB’s digital and social channels, as well as in-venue signage.