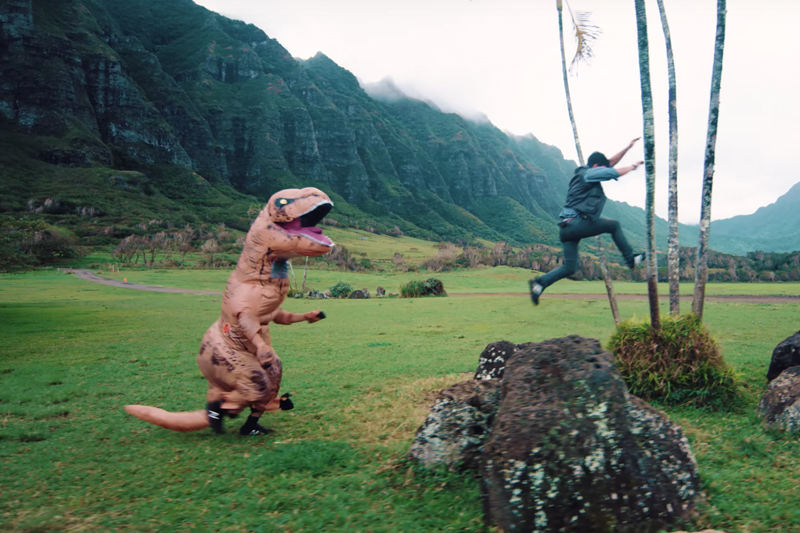 Jurassic Parkour Might Be the Best Thing You Watch Today

If you haven’t seen anything simultaneously ridiculous and awesome yet today, I have something to share with you. Big bonus: it involves one of the best movie franchises of all time. It’s a parody (of sorts) of Jurassic World featuring an inflatable T-Rex costume and some pretty impressive parkour skills. Yes, you read that correctly. The video was created by filmmaker DevinSuperTramp (Devin Graham) out on Kuala Ranch in Oahu—the same ranch that parts of beloved films including Jurassic Park, Godzilla, Skull Island, and this video’s inspiration, Jurassic World were filmed.

To be completely honest with you, I’m not sure if my favorite thing about this is the incredible stunts, watching the head of the T-Rex costume (being worn by NinjaNate) run into countless rafters and rocks as it chases after “Owen” (Calen Chan), or the fact that “Claire” (Megan Graham) is still being forced to run in ridiculous white heels. Whatever it happens to be, it’s pretty epic and I suggest you take the less than five minutes out of your day required to check it out.

And if you’re interested on the behind the scenes for this video, they’ve got you covered there as well: