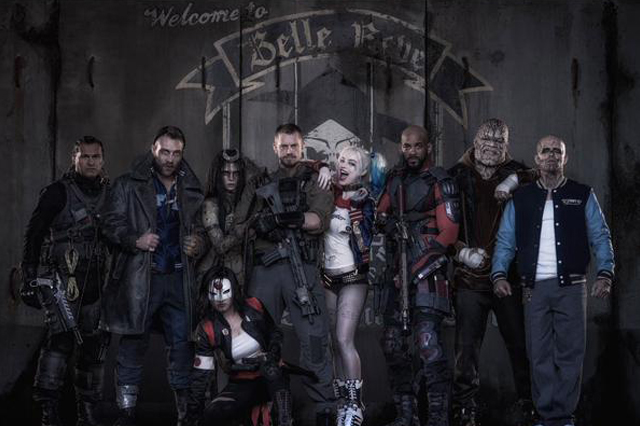 The much anticipated cast photo of the upcoming film Suicide Squad has been released. Similar to his teaser of Jared Leto as The Joker, Suicide Squad director David Ayer tweeted the photo of the cast with the caption, “Task Force X assembled and ready.” Unfortunately The Joker is absent from the photo, leading most to believe he is the target for the Suicide Squad.

The Suicide Cast includes Jared Leto as The Joker, Margo Robbie as Harley Quinn, Will Smith as Deadshot, Joel Kinnaman as Rick Flag, Cara Delevingne as Enchantress, and Jai Courtney as Captain Boomerang.

Suicide Squad is set to be released in movie theaters on August 5, 2016. Let me know in the comments which character your most excited to see.