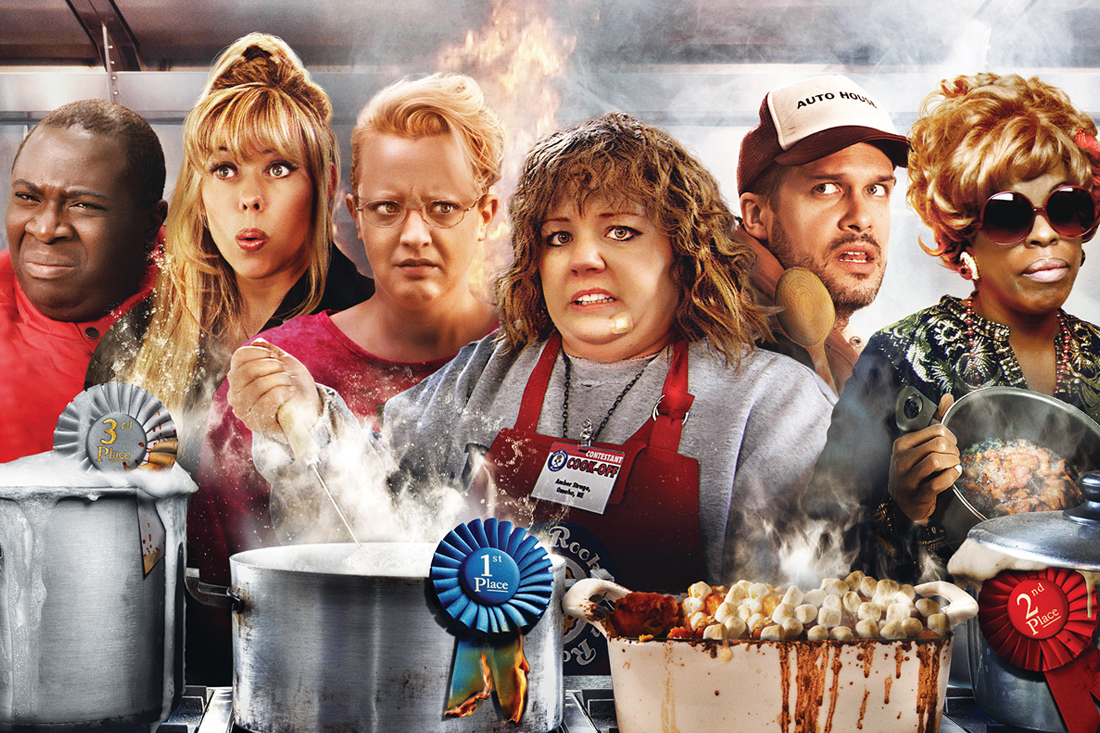 When it comes to Melissa McCarthy, I’m of the opinion that any amount of time between her last movie and her next is too long. Luckily, we officially have less than two months until the comedic genius once again graces us with her presence on the silver screen. The film is called COOK OFF!, and from the looks of it, it’s not going to disappoint.

COOK OFF!, a mockumentary, follows some interesting contestants as they gather in a hotel convention area to cook their signature dishes in an effort to win the coveted Van Rookie Farms Cooking Contest and its one-million-dollar prize. Obviously, the description enough sounds like a winner. However, when you add in a cast of improv masters (including Cathryn Michon, Wendi McLendon-Covey, Melissa McCarthy, Ben Falcone, Gary Anthony Williams, Niecy Nash, Diedrich Bader, Stephen Root, and Sam Pancake) hilarity is basically guaranteed.

COOK OFF! comes to theaters on November 17th. If you need me any time between then and now, I’ll be watching the trailer below about a thousand times.