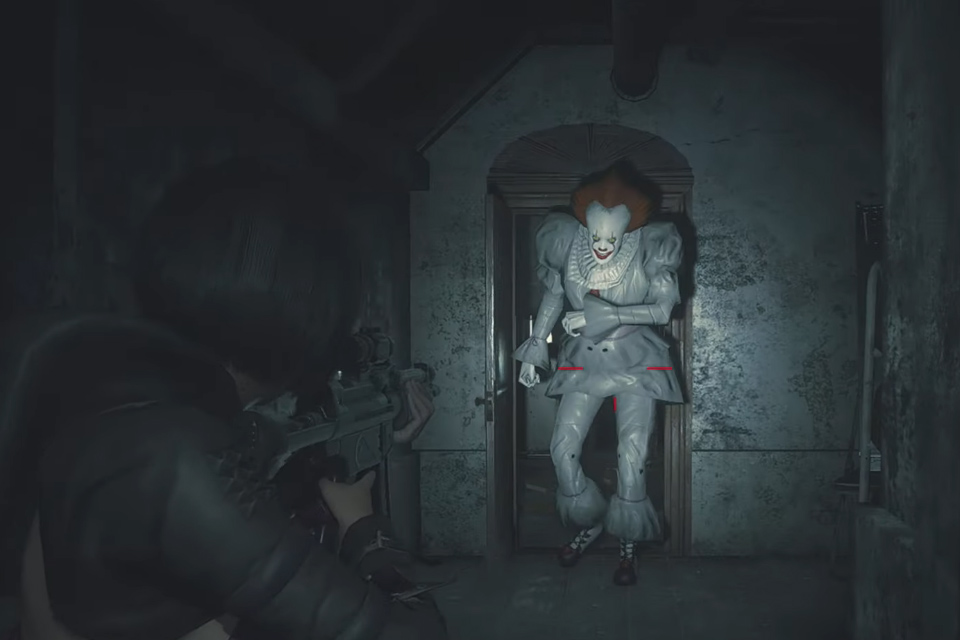 Pennywise the Clown in Resident Evil 2?

With the buzz surrounding IT: Chapter 2, the final film from the rebooted Stephen King horror/thriller, Resident Evil modder Marcos RC brings Pennywise to Racoon City. The dancing clown from the movie replaces Mr. X in RE2, and it is just as creepy as you might think.

This type of mod makes me believe that an actual ‘IT’ video game could be real someday. Mainly if they used Resident Evil’s engine to create the environment. Check out Marcos RC‘s video below and then head over to his YouTube channel and give him a follow. I think his hard work is worth the subscription.