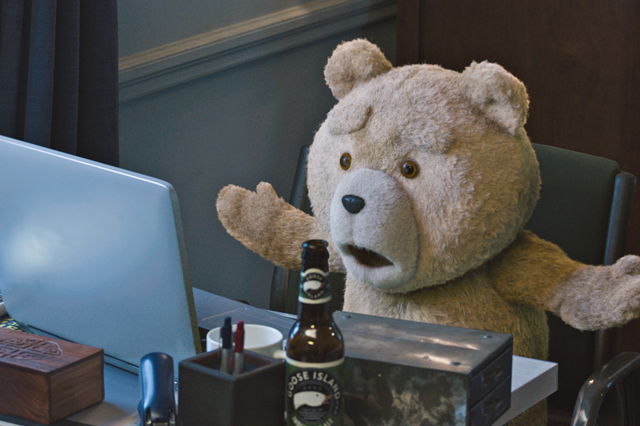 Ted 2 Featurette: “A Look Inside”

Ted 2 is back, but this time him and his Thunder Buddy for Life have to prove he’s more than just property. Seth MacFarlane returns as writer, director and voice of Ted in the sequel to the highest-grossing original R-rated comedy of all time. Mark Wahlberg rejoins as Ted’s partner and crime, while Amanda Seyfried is a fresh new face for the dynamic duo to throw perverted one-liners at.

Below, check out the new Ted 2 featurette that just debuted giving fans a look behind the bear. Ted 2 arrives in theaters on June 26.