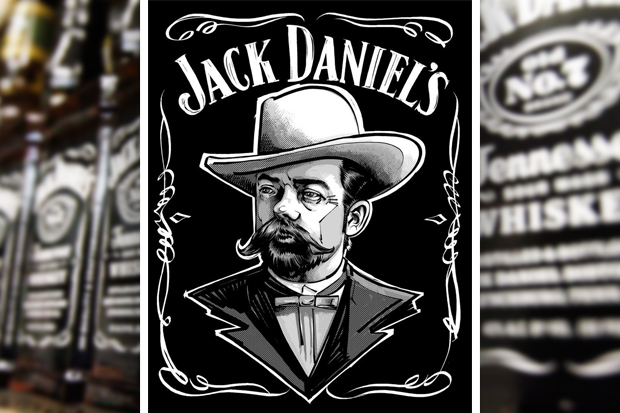 On a recent trip to Tennessee, I had the pleasure of touring the Jack Daniel’s distillery and the town of Lynchburg with Nelson Eddy, Jack Daniel’s brand historian. While exploring the dry county and learning about the brand’s rich history, Nelson dropped some interesting facts about the man himself, Jack Daniel. Everything from Jack’s real name to how he died. Read the 7 facts you probably didn’t know about Jack Daniel’s:

Jack Daniel isn’t a made-up brand name. He’s the actual man behind the whiskey. He not only developed its recipe, unique mellowing method and located the distillery in the Cave Spring Hollow in Lynchburg, but he is also responsible for Jack Daniel’s signature square bottle.

Jack’s name…wasn’t Jack. Jack’s real name was Jasper Newton Daniel. He was named after two Revolutionary War heroes. But we’re glad his family and friends called him Jack. Can’t imagine many folks calling for a Jasper and Coke.

4. Jack Was a Little Guy

His statue in Lynchburg is life size…except for the feet. Like the man it honors, Jack Daniel’s well-known white marble statue stands 5-feet-4-inches tall. But, the statue’s feet had to be made bigger than Jack’s actual size four shoe or the statue would have toppled over.

5. Jack Daniel’s is in a Dry County

6. Before Lynchburg was Dry

He owned two bars in Lynchburg. In Jack’s day Lynchburg was wet. Contributing to moist climate were Jack’s two bars on the town square – the White Rabbit and Red Dog saloons.

He died kicking a safe. The office safe was usually opened each morning by Mr. Jack’s nephew, Lem Motlow. One morning Jack came to work early before anyone else had arrived. He had trouble with the combination on the safe, grew frustrated and gave it a hard kick. The blow broke Jack’s big toe. An infection set in and Jack eventually lost his leg and died of blood poisoning from the injury. In Lynchburg, they like to say the moral to this story is…never go to work early.