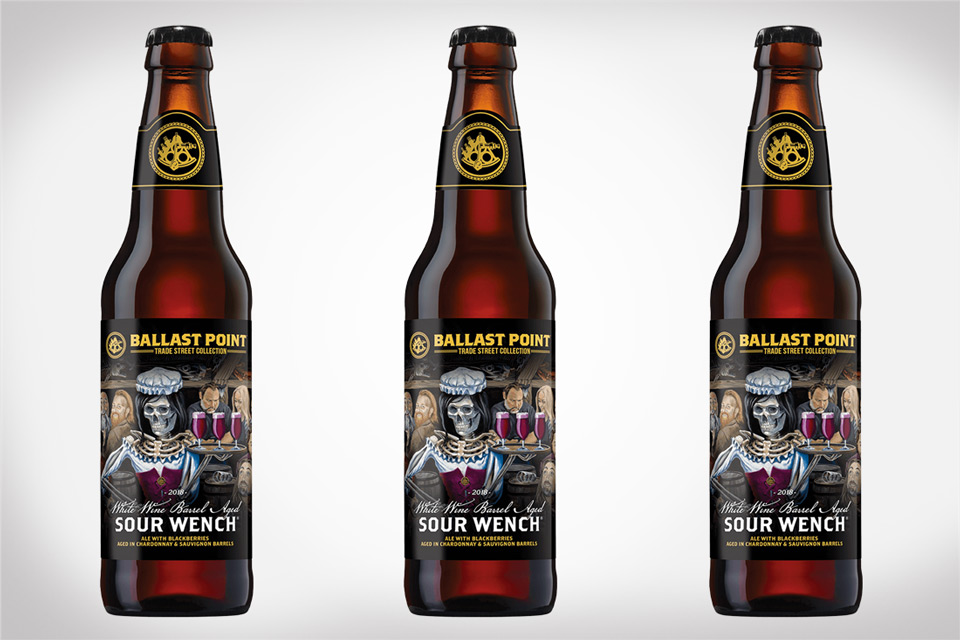 Sours seem to be all the rage these days. When sampling beers at a new brewery, I myself can’t help but add one to my beer flight when picking out which brews I want to try. This is why I was excited to test out the latest Sour Wench from San Diego-based brewery, Ballast Point. 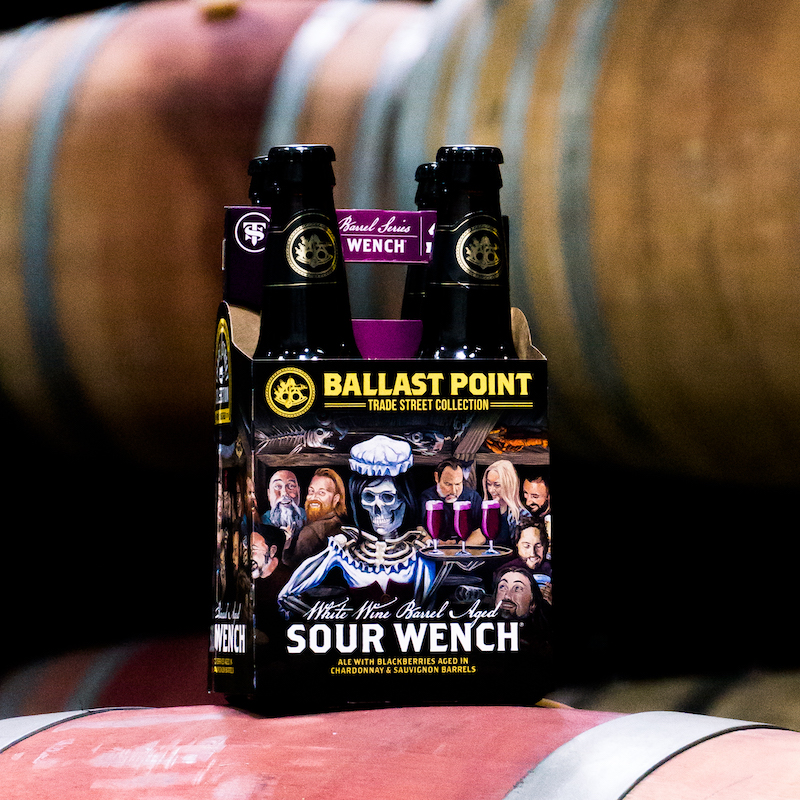 “With barrel aging, we’re giving tribute to three different attributes – the oak barrels, the wine that was in them before and the base beer. The blend that’s in the White Wine Barrel Aged Sour Wench bottles is a really nice layering of both the beer and the wine barrels, making it more complex and an amazing end product.”

If that sounds like a tart treat, then read on. The Trade Street Collection will feature quarterly releases with the following being their Rye Barrel Aged Piper Down (limited release), which ages Ballast Point’s award-winning Scottish Ale in charred American oak High West rye barrels. This November, the brewery is bringing back the fan favorite High West Barrel Aged Victory at Sea and introducing Bourbon Barrel Aged Tongue Buckler (limited release), both to be released nationally.