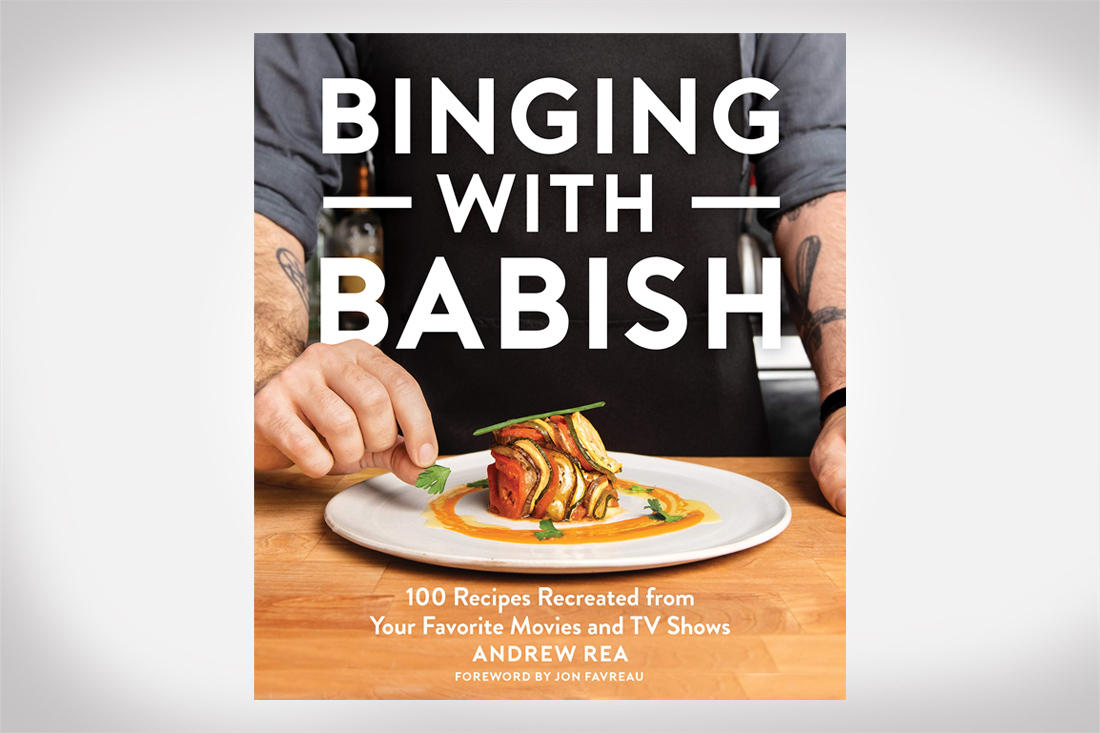 Binging with Babish: 100 Recipes Recreated from Your Favorite Movies and TV Shows

Binging with Babish took YouTube by storm with views reaching up to 12 million per episode. The shows creator, Andrew Rea, is a self-proclaimed film and television buff who creates recipes from famous scenes in television and film. Think Seinfeld’s classic babka or Bob’s Burgers, the list goes on and on. Chances are if you have seen it on your favorite tv show or movie, then Rea has made it.

The next obvious step for the Binging with Babish brand was to publish a cookbook featuring the recipes created on his YouTube channel. The Binging with Babish: 100 Recipes Recreated from Your Favorite Movies and TV Shows is just that, a well-documented cookbook with beautifully vibrant photos from photographer Evan Sung.

Not that I need any convincing whether or not to buy the book, but these reviews further cement the idea of owning it, especially with high praise from Ed Levine of Serious Eats and Sean Evans, host of Hot Ones.

“Much like with cooking, we go into the field of storytelling because we want to connect with others on an emotional level. . . . Emotion, memory, and sensation are all intertwined on that rare occasion you hit it right. Andrew not only points his audience to the moments in film where all of those things come together, he also shows them how to create these moments in real life.”

– From the foreword by Jon Favreau

“Andrew Rea has captivated millions of viewers by recreating some of the most iconic dishes in TV and film. He’s a true original. I mean, I’ve read a lot of cookbooks in my day, but this is the first time I’ve ever seen a recipe for Homer Simpson’s Space-Age Out-of-This-World Moon Waffles.”
– Sean Evans, host of Hot Ones

“Andrew Rea’s Binging with Babish is not merely a first-rate cookbook replete with gorgeous photos and mouthwatering recipes, it also details Rea’s revealing and moving personal journey from special effects wizard to YouTube stardom. How rare to find a cookbook that can make you laugh and cry and hungry in a single recipe.”