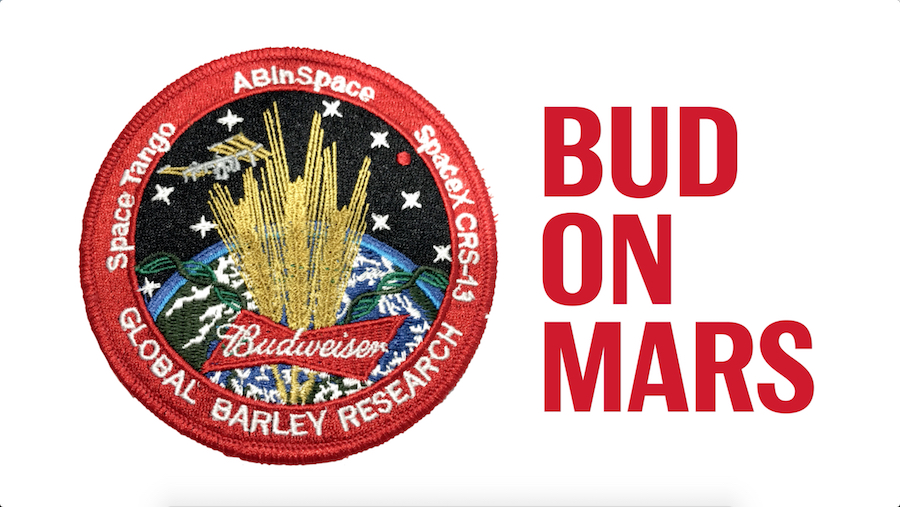 As of right now, if you’re an astronaut in space, you aren’t drinking beer. Carbonated beverages don’t exactly mesh well with a zero-gravity environment. Trust me, NASA tried with soda back in the ’80s to no avail. This is not to say attempts aren’t being made.

Last week, Budweiser made good on their promise they made at this year’s SXSW to get beer into space. The Bud on Mars mission has two barley experiments set to begin on the International Space Station: Budweiser has teamed up with two experts in the field of space travel: CASIS* who manages the International Space Station U.S. National Laboratory; and Space Tango, a payload development company that operates two commercial research facilities within the National Lab. Budweiser, along with their two partners, will launch the two barley experiments via SpaceX’s upcoming cargo supply mission, set to go up on December 4 from Cape Canaveral Air Force Station. The barley will stay on the ISS for 30-days before coming down to be analyzed.

“Budweiser is always pushing the boundaries of innovation and we are inspired by the collective American Dream to get to Mars. We are excited to begin our research to brew beer for the red planet.”
– Ricardo Marques, vice president, Budweiser

I’m really excited to see the results of the barley in space. Hopefully we will soon find out if beer can actually be made on the red planet. Stay tuned for more!