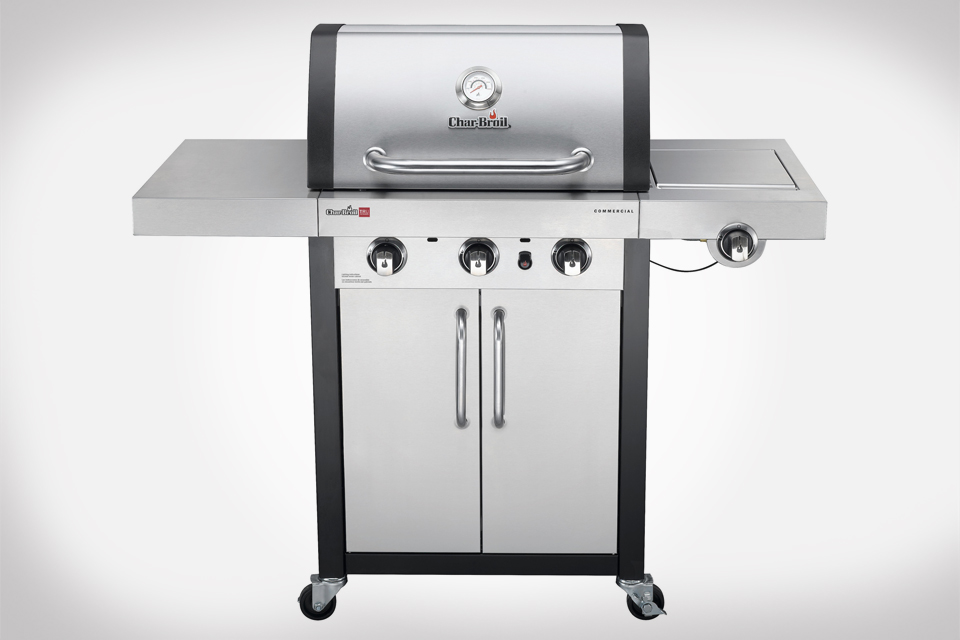 This is a sponsored post written by me on behalf of Char-Broil for IZEA. All opinions are 100% mine.

There really isn’t anything better than grilling season. Unless of course you’re grilling on one of Char-Broil Commercial Series Grills. If that’s the case then your summer is already looking mighty tasty. I’ve always found grilling to be difficult. Not because it’s hard to work the grill, but because I’m more interested in my guests than worrying about when to flip the burgers. Sure, cooking hot dogs and hamburgers isn’t exactly science, but what about making a steak taste like restaurant quality? This is where Infrared grills come in to save the day.

The Char-Broil Commercial Series™ grills deliver even heat across the cooking surface thanks to their infrared technology. This results in juicier foods, higher temperatures without flare ups, and what everyone strives to achieve when grilling — restaurant quality food. Take these ribs I cooked with my special Whisky BBQ sauce recipe. Superb!