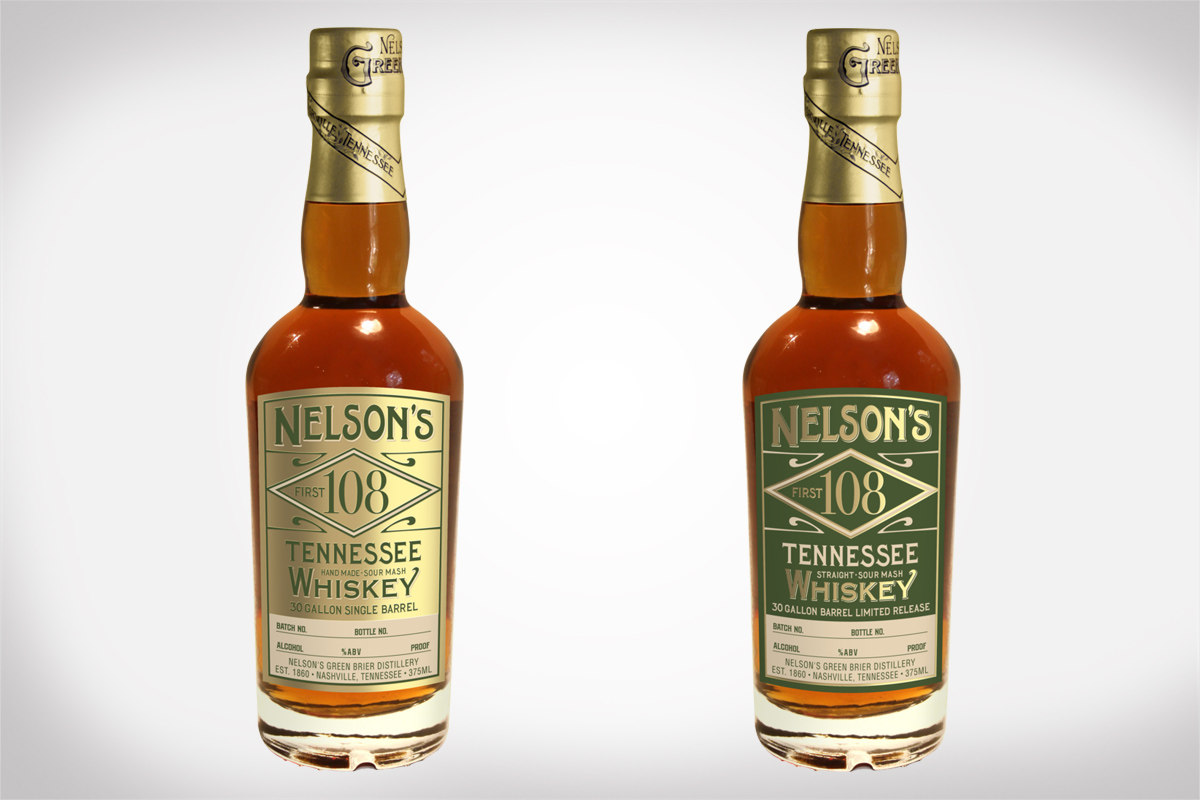 Get a Taste of Tennessee’s First Bottled Whiskey

There are very few things better than a great whiskey, in my book. However, a great whiskey that has a backstory involving an old family recipe, prohibition, or a little bit of destiny definitely makes the list. With the Nelsons First 108 Limited Release Tennessee Whiskey, you get all three.

Before it was forced to close its doors in 1909 due to prohibition, Nelson’s Green Brier Tennessee was one of the biggest whiskey brands in the world. It wasn’t until brothers Charlie and Andy Nelson, descendants of the founder Charles Nelson, took a fated trip with their father to Greenbrier nearly 100 years later that things started up again. They had originally made their way to the area simply to visit the butcher. As it turned out, not only was the distillery just across the street, but the spring that fed it was still going strong. After that, it didn’t take much for the brothers to come to the same conclusion: it was their destiny to revive the old family business. Just three years later, the marvelous idea became a reality. It has now been 108 years since the original distillery closed its doors, which is where this limited whiskey gets its name. To celebrate the great return, the brothers created a mere 108 (30 gallon) barrels using the original recipe—said to be Tennessee’s first bottled whiskey. After distillation, the whiskey was then mellowed in the Tennessee tradition, through sugar maple charcoal, before being moved to 53 gallon barrels to finish. Tasting notes are listed below:

Nelson’s First 108 Tennessee Whiskey is available in a Small Batch Blend and Single Barrel. You can find them, as well as otherNelson’s Green Brier Distillery, here.