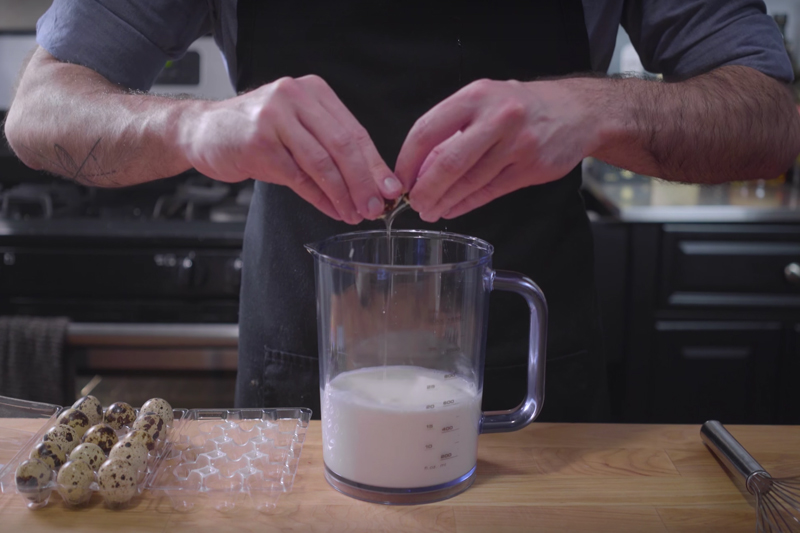 You know those moments when you find something—it could be online or in the real world—and it’s such a perfect combination of things you already love that you have a bit of a hard time handling it? That’s about where I am with this video. Okay, I’m possibly being a little overdramatic, but it’s pretty great. What is it? It’s a cooking video that takes recipes from the genius that is It’s Always Sunny in Philadelphia and makes them, not just palatable, but super appetizing.

Now, as much as I love cooking, I have to admit that I don’t usually have the attention span to watch videos about it. That is with the newfound exception of Binging with Babish, the YouTube series this video is from. Rum ham, riot juice, fight milk, grilled Charlie, and milk steak (which shockingly turns out to be the favorite) are all covered in the video. Unfortunately for him, creator Andrew Rea starts each dish by trying it out as literally as he can—a decision that results in some gagging, confusion, and being a little hammered at the end. But as weird as this food was, the man still found a way to make them look really appealing. You should definitely check it out!