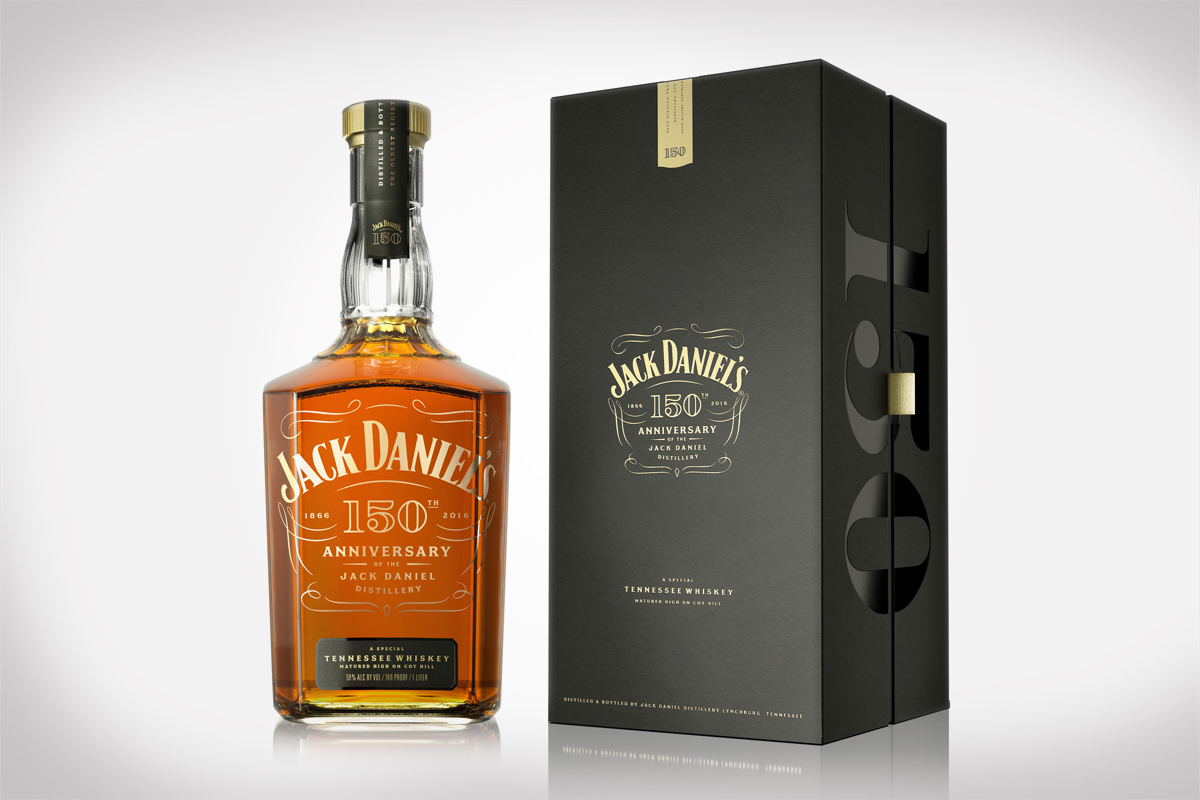 To celebrate their 150th anniversary, Jack Daniel’s is releasing a very limited edition whiskey to honor Jasper Newton ‘Jack’ Daniel, the man who started it all. JD’s Master Distiller Jeff Arnett created a singular taste profile for the special whiskey that blends together the Distillery’s whiskey traditions with modern-day craftsmanship.

“For this 150th anniversary whiskey, our coopers ‘slow-toasted’ the barrels to bring out the rich flavors and aromas of the wood, creating a contemporary expression of an 1866 barrel char,” explains Arnett. “We wanted to offer a unique whiskey that we think collectors and consumers alike will enjoy for their own celebrations and is as special as the anniversary that it celebrates.”

When it ain’t broke, don’t fix it. The same grain bill established by the founder for Jack Daniel’s Old No. 7 is going into the anniversary whiskey, consisting of 80 percent corn, 12 percent barley and 8 percent rye. Before going into specially-crafted new American oak barrels, each drop is mellowed through ten feet of sugar maple charcoal.

Barrels are then filled and placed in “angel’s roost,” one of Jack Daniel’s oldest barrelhouses at the distillery. A room that has been the housing of JD whiskey maturing for generations.

Finally, bottled at 100 proof, this limited edition whiskey features tasting notes of toffee and butterscotch, with lingering warm flavors of toasted oak. Jack Daniel’s 150th Anniversary Edition whiskey is available now, and can be found in 1L bottles with a suggested retail price of $99.99.