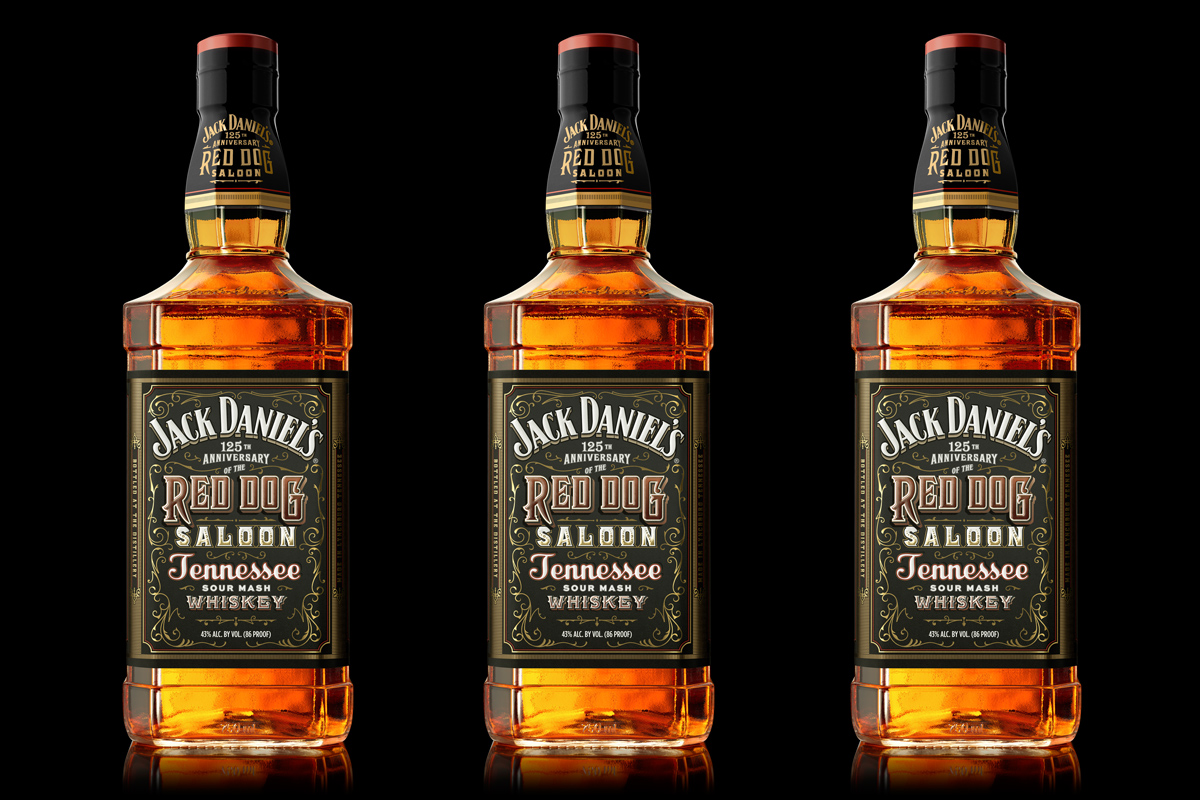 I think it’s safe to assume that when people find out that the home of Jack Daniel’s is in a dry county they’re a bit perplexed. Though, it wasn’t always that way. In fact, Jack Daniel opened not one, but two bars in his hometown of Lynchburg, TN back in 1892. The White Rabbit Saloon was the sophisticated of the two, while the Red Dog Saloon, you could say, had a bit more edge to it.

When I first visited the Jack Daniel’s distillery there were stories about the Red Dog Saloon. But they were just that, stories. If I remember correctly, I think we were shown where it was believed the bar was located in town. There is very little written about it, so we can only rely on what is told by the generations before. Where did the name ‘Red Dog’ come from? Was it the color of his whiskey?

To celebrate the 125th anniversary of the saloon, Jack Daniel’s has released a limited edition Jack Daniel’s Red Dog Saloon Whiskey bottle. Available now in limited quantities across the US, with a suggested retail price of $28.99 for a 750ml bottle.