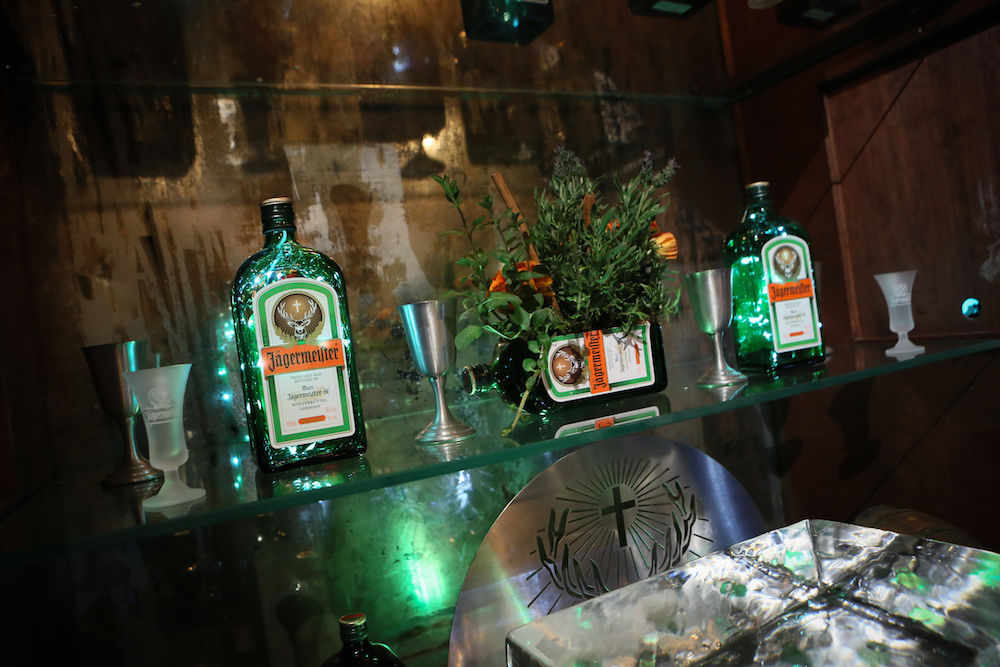 I Went to Jägermeister’s Secret Bar in LA

I’ve learned something important not too long ago; when Jägermeister invites you out to an event, you always go – especially if its a secret bar.

This week, I had the pleasure of attending my third Jägermeister event. And similar to how they hold their 56-ingredient recipe a secret, so was what to expect of the evening to come. The only information I was given was my driver’s ETA and the after-party location – which was a great bar called Forman’s in Toluca Lake. (Editor’s Note: Try their crispy chicken sandwich.)

Our driver dropped us off at the secret bar location he was given by Jäger, but it looked as though we were in the wrong place. It certainly didn’t look like any event I’ve ever been to. Nobody was there! Little did I know they were already inside the bar. Settled in between two warehouses was a big green trailer that read, “Wulferis & Buttle,” which we later discovered was a name inspired by Jägermeister’s home of Wolfenbüttel, Germany, which was once called Wulferisbuttle. Upon entering the mysterious trailer, we were greeted with a Paloma cocktail. Unfortunately, I never got the recipe for this delicious treat, but have 3 Jägermeister cocktail recipes from the evening you HAVE to try.

The dimly lit trailer was transformed into what I would imagine a German hunter’s mancave would look like. From the painting on the wall to the bar to the custom, hand-etched Jägermeister Stammtisch, a traditional German communal table used for informal meetings and friendly get-togethers. Around the time we were finishing up our refreshing Paloma and ready for another, our host, Willy Shine, introduced the bartenders for the evening, as well as his Old Fashioned Al Pastor recipe. And as if by some magic, said old fashioned arrived in front of us to try. Delightful!

Two drinks down; two to go. Since I was pacing myself like the professional that I am, my date for the evening, Sarah (MilkandFlowers.com) suggested we should get the last two cocktails and share them. I mean, we still had the after party to go to.

I went with Alexander Straus’ (Cornerstone) ‘Appetite for Destruction’, while Sarah tried Avery Underhill’s (Butchers and Barbers) ‘Jägermeister Flow’. Truly innovating. Find all three of the recipes from the evening here.

All-in-all, the evening at the Wulferis & Buttle secret Los Angeles bar was a success. Jäger continues to impress with showcasing not only their versatile liqueur, but their eagerness to educate. I for one plan on never missing one of their events.