I got my hands on the new Lagavulin Offerman Edition Aged 11 Years, and I couldn’t be more excited. 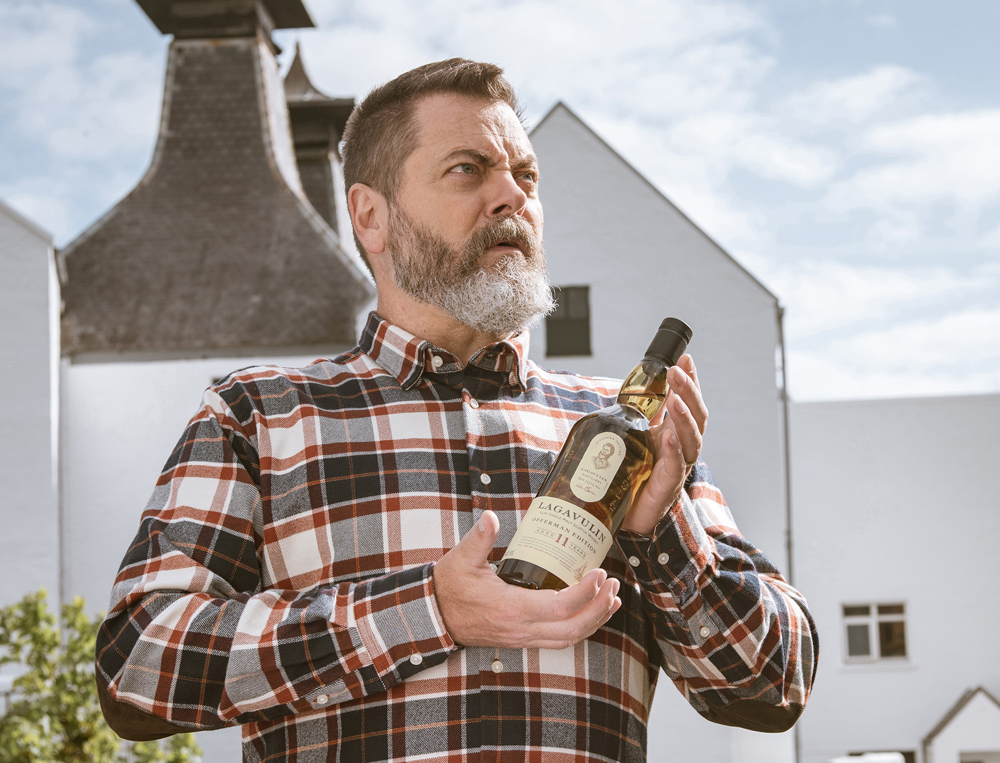 When it comes to celebrities endorsing or partnering with brands, few match up organically quite like Nick Offerman and Lagavulin. I’ve been covering the ‘My Tales of Whisky‘ saga since 2015 when Offerman sipped Lagavulin in front of a fire for 45-minutes. This partnership kicked-off shortly after his reign as the grumpy, yet beloved Ron Swanson on Parks and Recreation came to an end. It was a natural transition, too, since his personality off-screen seems to match Mr. Swanson quite a bit.

“I have spent countless hours parsing the alchemy for a new, limited-edition whisky with Lagavulin Distillery Manager Colin Gordon. Together, we have concocted a most edifying nectar – Lagavulin Offerman Edition Aged 11 Years. Carrying the signature Lagavulin Islay Single Malt peatiness with sweet berry and orchard fruit notes, this Scotch Whisky is for those who adore Lagavulin’s patented smoky flavor and the patience required to masterfully distill a Single Malt’ is what they told me to say, but I would rather just tell you that I am giggling with delight at the notion of people enjoying this limited-edition Scotch.”

– From The Custom, Handcrafted Mahogany Work Table of Nick Offerman 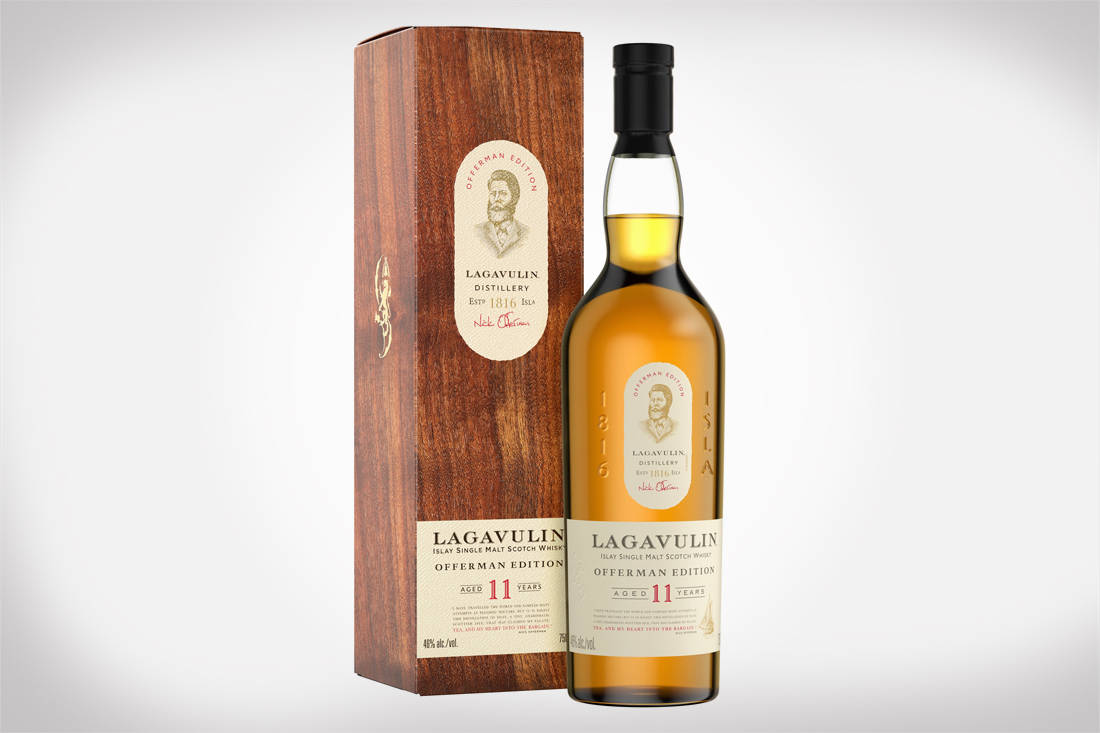 It almost feels as though the Lagavulin Offerman Edition scotch is the culmination of the My Tales of Whisky series, but I don’t think that’s the case. I’m certain we will see more Offerman and Lagavulin for years to come, at least that’s selfishly what I’m hoping for. I recommend you giving the four episodes a watch to see just how this delicious whisky came to be.

Lagavulin Offerman Edition Aged 11 Years has an SRP of $74.99 and will be available in the U.S. wherever fine spirits are sold until supplies last. The new offering will also be available for purchase on ReserveBar.com, where a complimentary gift will accompany a select number of bottles on behalf of The Offerman Woodshop, a small collective of woodworkers based in Los Angeles founded by Nick Offerman.

I can’t say for sure what the gift is, but I assume it’s similar to what I received in the mail. To see the gift I received from The Offerman Workshop, watch my unboxing video below. If you’re feeling generous, give my video a LIKE and Subscribe to my channel.