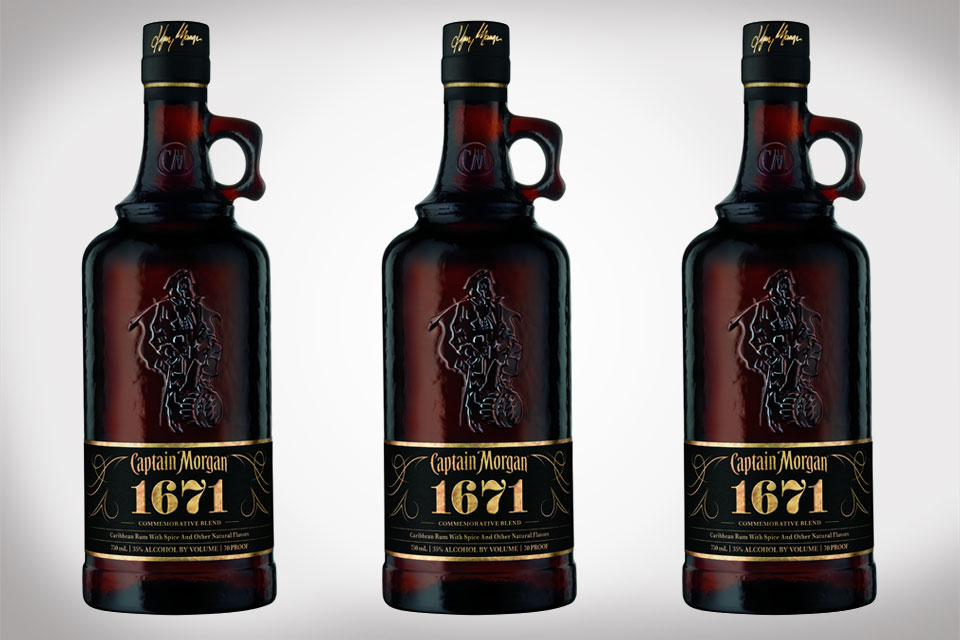 In 1671, Captain Henry Morgan journeyed to Panama City where he lost five ships during the raid of Fort San Lorenzo, including his flagship The Satisfaction. What is now known as a historic battle in Panamanian history is now the source of inspiration for Captain Morgan‘s latest offering — the limited edition Captain Morgan 1671 Commemorative Blend Spiced Rum.

Available for only a limited time, Captain Morgan 1671 is a unique blend of spices that embody flavors of dark fruit and chocolate with hints of vanilla. The commemorative blend is finished in Spanish Oak barrels similar to the ones on board Morgan’s The Satisfaction. This dark rum comes packaged in a unique jug designed in a nod to the 17th century.

Captain Morgan 1671 will be available nationwide in May for a suggested retail price of $20 USD. The Captain recommends trying it on the rocks or mixed with cola.