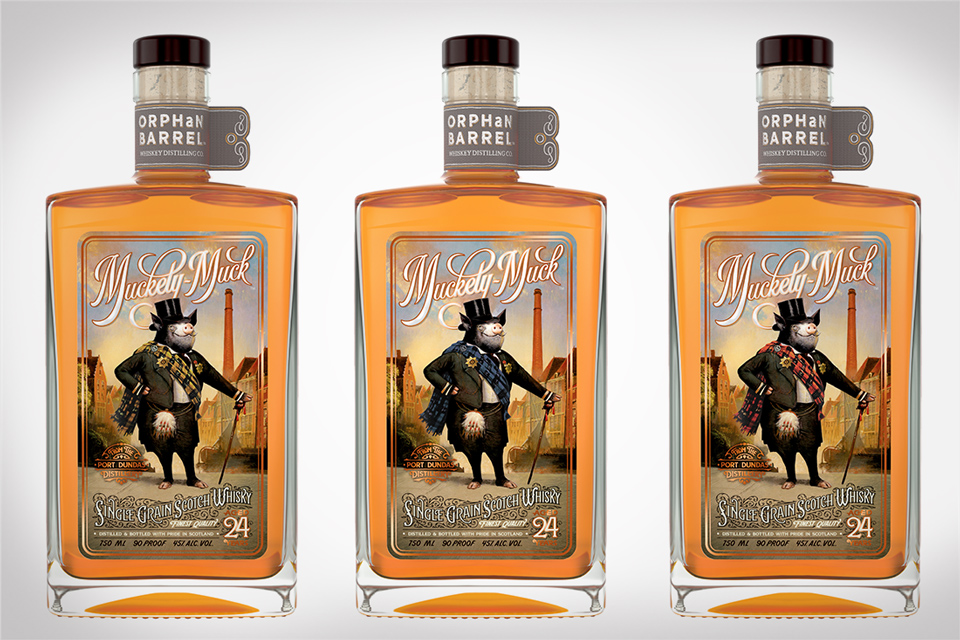 Who would have thought a scotch whisky would be named after a prized pig by the name of Muckety-Muck?

So how did the name come to be? Legend states that Port Dundas was once home to a piggery during the distillery’s most successful years. Hundreds of pigs fed on distillery remnants, one of which was a prized pig named Muckety-Muck, who won over visitors with his decorated wall of medals in the breeding shed. Muckety-Muck 24 Year Old Single Grain Scotch Whisky from the Port Dundas Distillery is a tribute to this fantastic pig and Port Dundas’ prosperous period as Scotland’s largest distillery.

The limited-edition bottle is available in limited quantities at select spirits retailers nationwide with an SRP of $225 for 750ml.