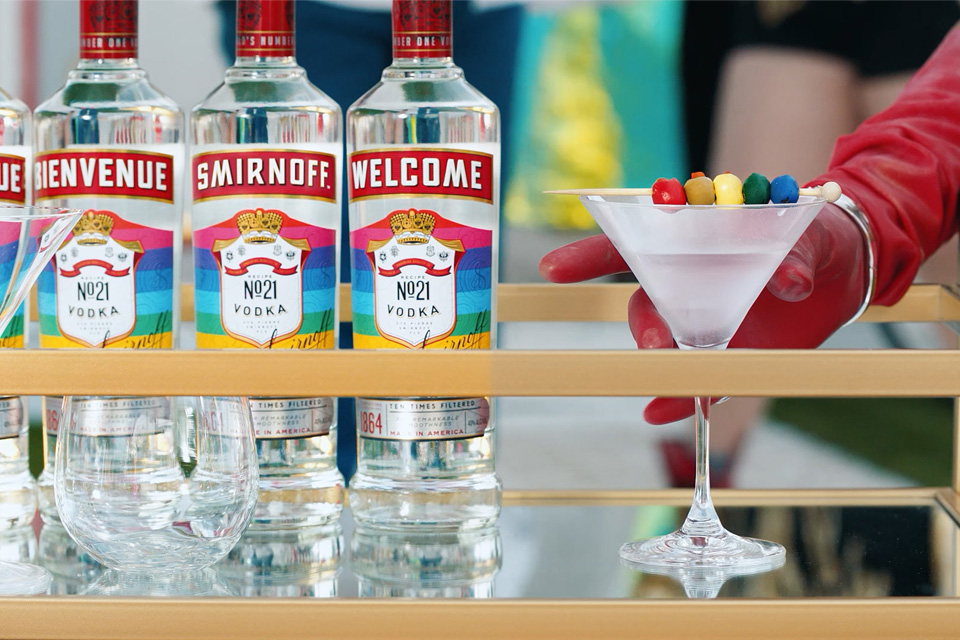 Smirnoff is kicking off Pride month bigger and louder than ever before with the launch of its new “Welcome Home” campaign. They’re rolling out the welcome mat for the millions of LGBTQIA+ community members expected to travel to New York City for Pride celebrations. Smirnoff is continuing their decades of support as an ally by teaming up with Orange Is The New Black actress and LGBTQIA+ advocate, Laverne Cox; my favorite star from Queer Eye, Jonathan Van Ness; and RuPaul’s Drag Race‘s, Alyssa Edwards.

The Smirnoff “Welcome Home” campaign is comprised of five activations worth noting. First up is a digital video series which can be seen in its entirety on Smirnoff’s YouTube channel (first video below); an immersive experiential pop-up; two styles of limited-edition Smirnoff No. 21 Pride bottles; a float at the NYC Pride March and a continued donation commitment to Human Rights Campaign (HRC), the United States’ largest LGBTQIA+ civil rights organization.

“When Smirnoff asked me if I would be a part of their ‘Welcome Home’ campaign, I immediately said yes. Their beautiful message is all about welcoming our community home to New York where the famous Stonewall Uprising took place 50 years ago. I hope our work celebrates not just the LGBTQIA+ community here in New York but also recognizes those across the globe, celebrating in their own way. Hopefully with a delicious vodka cocktail in-hand, of course!” 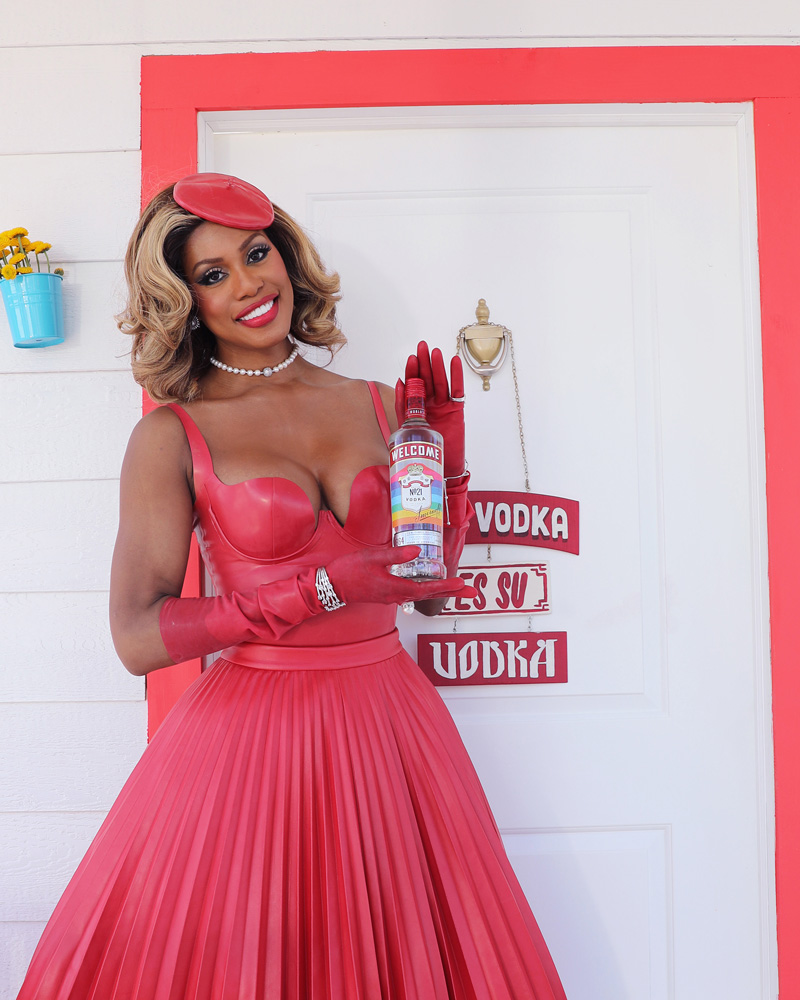 Media, influencers, and consumers 21+ can experience the Smirnoff ‘House of Pride’ pop-up in downtown Manhattan this month from June 26 through Friday, June 28, during which time Jonathan Van Ness will make a special appearance as the host. The space will be inspired by a home, featuring six Insta-worthy rooms where Smirnoff has paid homage to the history of the LGBTQIA+ community.

“What I love most about the gorgeous new Smirnoff ‘Welcome Home’ campaign is that she shines a light in on how Pride is more than just a party; it’s truly a home to our LGBTQIA+ brothers, sisters and non-binary siblings around the world. I cannot wait to celebrate Pride with Smirnoff later this month, and to personally welcome all of these beautiful people to my home of New York.”

Celebrate Pride by mixing up a delicious signature cocktail using Smirnoff no. 21 Vodka.

Combine Smirnoff and vermouth in a cocktail shaker filled with ice. Shake then strain into a chilled martini glass. Garnish with olives that have been dipped in edible rainbow glitter and placed on a cocktail pick. Sip and enjoy!

If you loved this recipe, might I recommend trying these Smirnoff Red White and Berry cocktail recipes?

For years, Smirnoff has produced limited edition Pride bottles for the month of June and 2019 will be no different. Continuing the tradition, the Smirnoff No. 21 “Welcome” bottles will feature the same award-winning Smirnoff No. 21 vodka fans know and love, while the outside will have a new label replacing “Smirnoff” with “Welcome” in six languages – English, Spanish, French, Italian, Russian and Mandarin – to welcome the global LGBTQIA+ community to New York for Pride and to remind everyone that Pride is a home where everyone is welcome.

Unfortunately, these bottles will never be made available at your local spirits shop. They are being produced in limited quantities to spread messages of diversity and inclusivity. In addition, Smirnoff will also re-release its Smirnoff No. 21 “Love Wins” bottles, which feature an iridescent rainbow aesthetic and photographs of real couples and real love. These bottles are available for retail purchase, and the brand has pledged to donate $1 for every bottle made to HRC, totaling nearly $1.5 million by 2021. 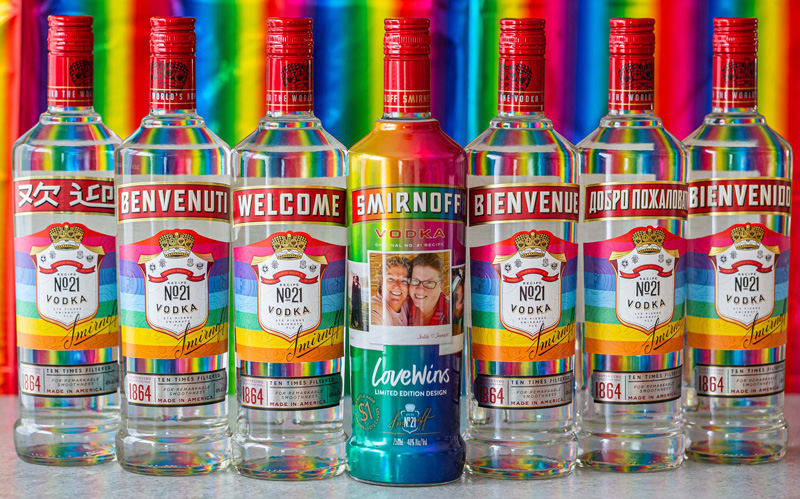 About the Human Rights Campaign

The Human Rights Campaign represents a force of more than 3 million members and supporters nationwide. As the largest national lesbian, gay, bisexual, transgender and queer civil rights organization, HRC envisions a world where LGBTQ people are ensured of their basic equal rights, and can be open, honest and safe at home, at work and in the community.