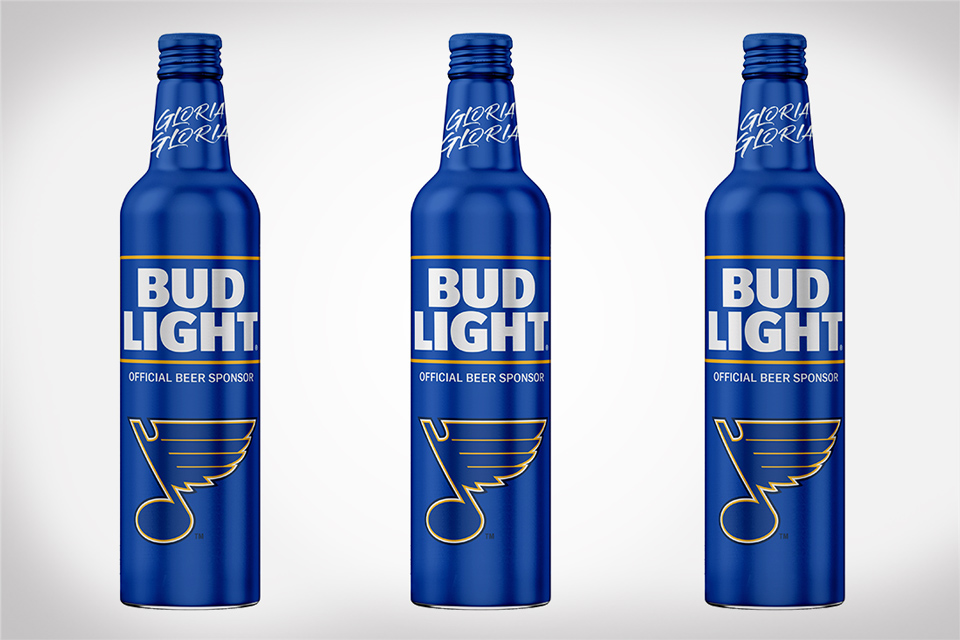 Hockey fan or not, you probably heard about the St. Louis Blues’ victory over the Boston Bruins in Game 7, 4-1. This was their first Stanley Cup title in franchise history, so you know their fans were just a little bit excited. My wife’s Facebook feed tells that story, as she was born in raised in the St. Louis area and all she has seen over the last few weeks were status updates with “GLORIA GLORIA.”

“We’re so proud of our hometown Blues for bringing home their first Stanley Cup. We plan on celebrating with special championship Bud Light bottles during the parade and have a few more surprises brewing for Blues fans and the city of St. Louis that we’ll be announcing later this week. Go Blues and Play Gloria!” The bottles feature the iconic Blues logo, “2019 Champs” and of course, “Gloria Gloria” stamped on the side. I’m sure every Blues fan I know will be picking up this limited edition 8-pack once they see them in stores. Make sure you stock up for the victory parade!

Head on over to Facebook and show some love on Bud Light’s video announcing the new Blues Bud Light bottles. I’m sure you will find yourself in good company with other Blues fans. Just watch out for the angry Bruins fans, because they can be pretty sour after a loss like that one. Like my wife, I’m not a huge fan of hockey, however I am from New England and can tell you that my timeline is filled with a lot of angry people still dealing with that Stanley Cup outcome. It’s never easy when it comes down to Game 7.