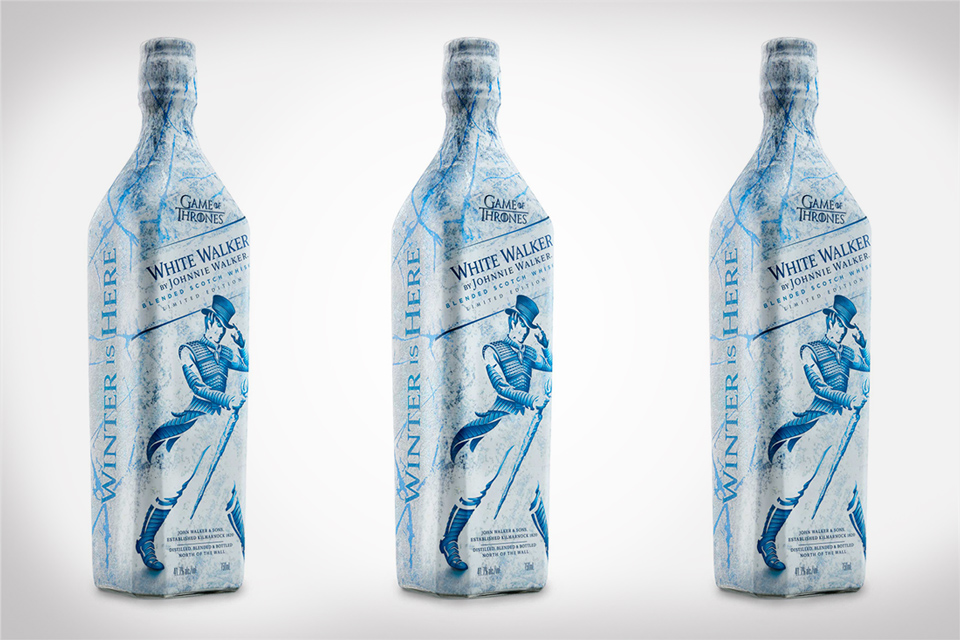 While we wait for the eighth and final season of Game of Thrones, we shall sip on some premium whiskies inspired by the show. In collaboration with HBO, DIAGEO has unveiled their first limited edition offering with White Walker by Johnnie Walker, inspired by the show’s most feared character.

“We knew there was fan appetite for a Game of Thrones whisky and once we saw Diageo’s vision for a way to collaborate together we knew the idea was perfect and the time was now. From the beginning, they understood that we wanted to create something special, and they’ve accomplished that with both White Walker by Johnnie Walker and the single malt collection. We’re confident fans will enjoy sipping these delicious whiskies as they wait for season eight and beyond.”

Its unique blend was created by whiskey specialist George Harper alongside a small team of expert blenders at Johnnie Walker. The team behind it used an innovated blend of single malts from Cardhu and Clynelish. Like the climate from the north of the wall, these single malts come from one of Scotland’s most northern distilleries, which endure long winters. This special blend has notes of caramelized sugar and vanilla, fresh red berries with a touch of orchard fruit and is best served chilled.

The bottle design features an icy white and blue design with the iconic Johnnie Walker Striding Man in full armor. Clearly ready to join the ranks alongside the Night King’s army. Using temperature-sensitive thermochromic ink technology, when frozen fans will see “Winter is Here” from a graphic icy reveal on the bottle.

White Walker by Johnnie Walker ($36 for 750ml; ABV 41.7%) will be available nationwide starting October 2018 wherever premium spirits are sold.