McConaughey Surprises Everyday Heroes for “With Thanks” Campaign 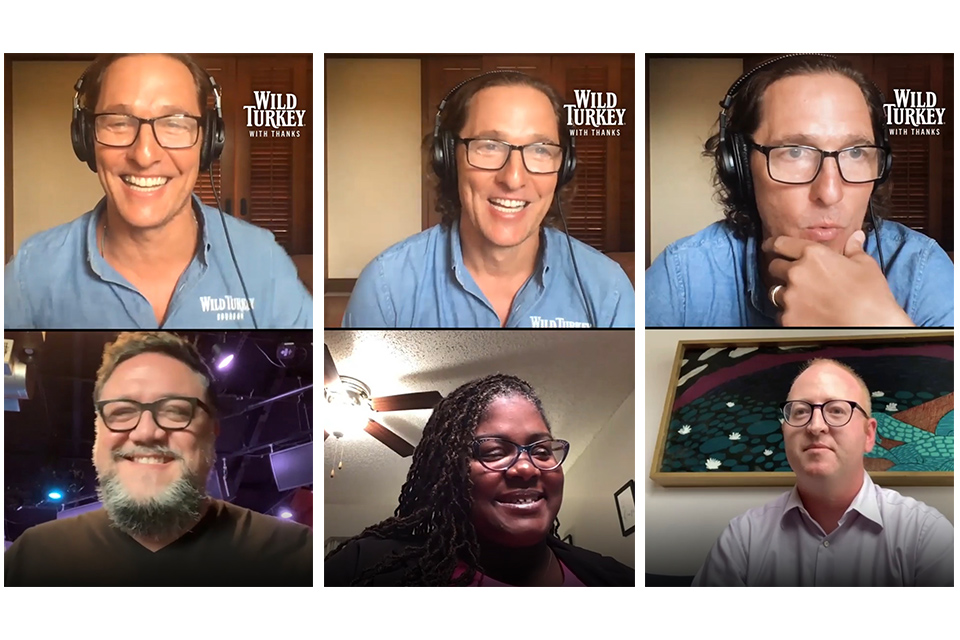 While the COVID-19 pandemic has raged throughout our country, “Local Legends” have stepped up to support their family, friends, and strangers. They provided comfort, nourishment, and relief during these trying times when we needed it the most, and Wild Turkey and Matthew McConaughey are here to celebrate them.

“The pandemic has affected all of us, so it felt more important than ever to recognize the unsung heroes who have consistently and steadfastly supported their neighbors and their communities.”

Through Wild Turkey’s global give back campaign, “With Thanks,” four selfless individuals from Austin, Chicago, Dallas, and New Orleans were chosen as their “Local Legend” and were surprised by Wild Turkey Creative Director and Actor, Matthew McConaughey with a virtual chat. Of course, the surprise didn’t stop at the virtual chat. McConaughey and Wild Turkey had a few other surprises up their sleeves. Head over to Wild Turkey’s IGTV page to see the newly released interviews with all four of the “Local Legends” here.

“It’s often during the most challenging times that you see extraordinary acts of kindness and a commitment to help those in need. Wild Turkey was founded on community, and we’re grateful to work with Matthew to celebrate and lift up those who go above and beyond for their hometowns. These four Local Legends made an impact when it mattered the most and we’re thrilled to honor them.”

For last year’s “With Thanks” initiative, McConaughey and Wild Turkey thanked first responders who were critical in rescue and relief during the wildfires in the Los Angeles area by delivering 800 turkey dinners to firehouses in partnership with nonprofit Operation BBQ Relief. In the year before that, they thanked first responders in Houston following Hurricane Harvey by surprising them with turkey dinners. And in 2017, the first year of “With Thanks,” McConaughey visited Wild Turkey’s hometown of Lawrenceburg, KY to deliver more than 4,500 frozen turkeys to residents, including 500 turkeys to teh local food bank.