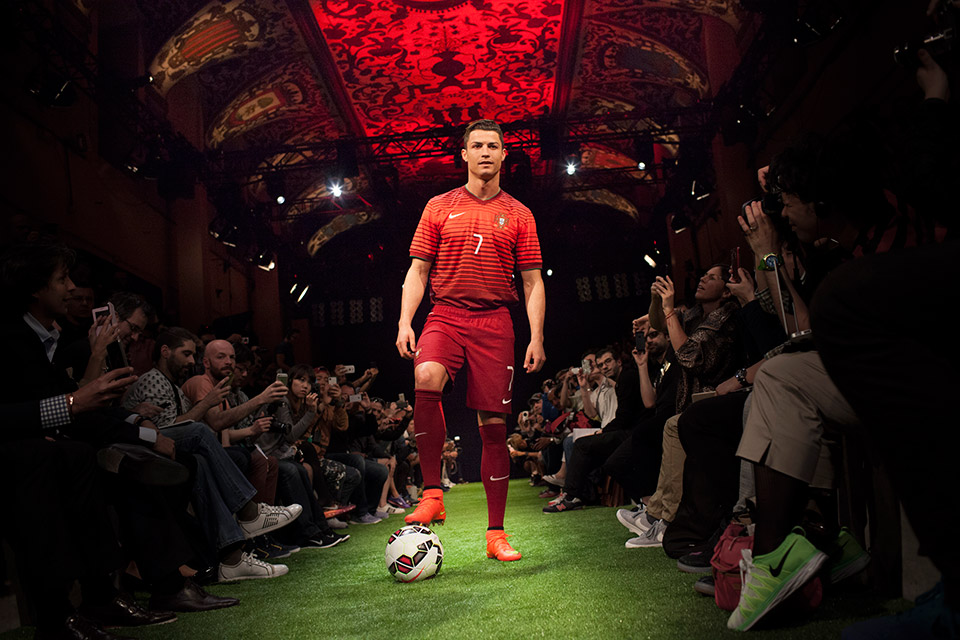 Cristiano Ronaldo unveiled Nike‘s latest soccer boot today in Madrid, the Mercurial Superfly. The new boot comes from four years of R&D in the Nike Sport Research Lab, crafted from some of the world’s fastest athletes. Created to revolutionize speed and performance, the Superfly has continued to put Nike on the map for soccer footwear since 1998 when the first Mercuiral was released.

“With its new design innovations, the 2014 Superfly makes a quantum leap forward in what high performance boots can be – and what they can help players achieve,” said NIKE, Inc. President and CEO Mark Parker at the Madrid unveiling. “Fueled by Nike Flyknit technology and with a bold new silhouette, the Mercurial Superfly will be the boot of choice for the game’s fastest players.”

The Mercurial Superfly uses Nike’s advanced technology: Nike Flyknit — a three-knit weave putting less material between the foot and the ball. This helps heighten the player’s touch when ball handling at high speeds. In addition, the high-top Dynamic Fit Collar helps create a better fit making the boot an extension of the foot instead of just a shoe. The Mercurial Superfly is available to pre-order at nike.com from May 26, and on sale from June 12.