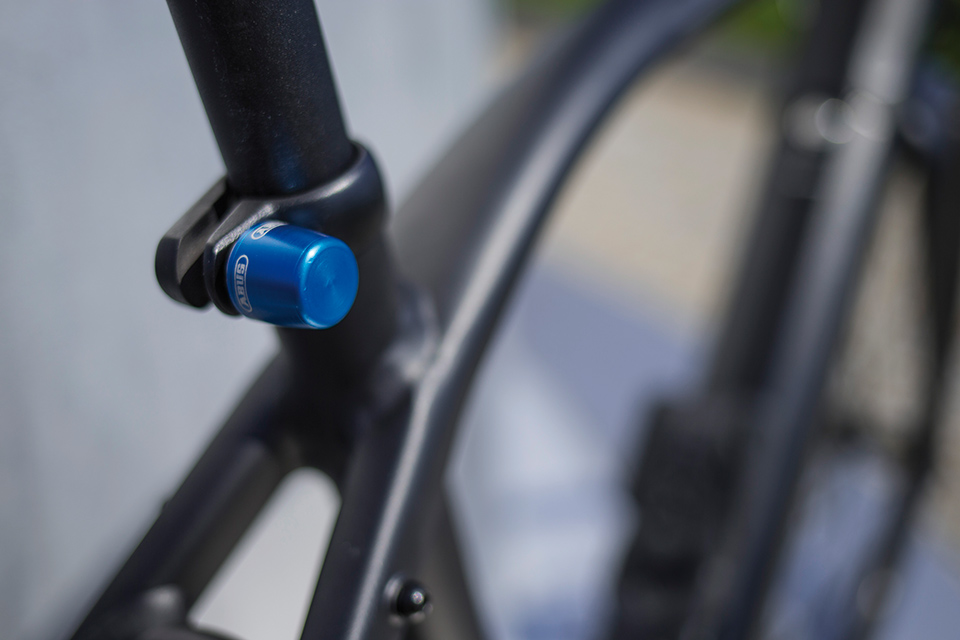 As far as bicycle security goes, to say there are plenty of options on the market is kind of an understatement. Unfortunately, the problem with just about every single one of these is the same: they only protect the frame of the bike from theft. This is all well and good if your bike doesn’t happen to have removable parts. However, as this is not really the case ever, chances are when you lock up your bike, you’re leaving most of its components available to be taken. Looking to fix this surprisingly unresolved common issue, security company ABUS has designed the Nutfix to do just that. The concept behind the Nutfix is super simple—just protect the piece that secures the components you’d like to keep. As I mentioned before, when you lock up your bike, you leave parts like the seat and wheels available to anyone who might want to take them. All they have to do is walk up with a small wrench, remove the nuts and voila! You’re walking home. The Nutfix is basically a nut and cover in one, so the part can’t be unscrewed unless you want it to be. It’s only when the bike is on its side that a mechanism can be unlocked to grant access. So, as long as your bike is locked in a position where it can’t be laid down, not only do you get to come back to a bike, but you get to come back to one you can still use.

Nutfix is available in six colors, and in sets for your axels, seats, or just on its own. You can find them on Amazon, ranging from $35-$70.